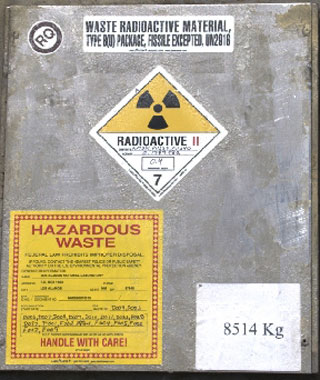 Kettleman City just can’t catch a break. This predominately low-income, non-white, industrial community in Central California, profiled by Mother Jones last year for its unusually high rate of birth defects, is about to add another smokestack to its long list of major pollution sources: a 600-megawatt power plant that will be exempt from current federal air pollution regulations.

How is that possible? The current federal emissions standards for toxins such as carbon monoxide, lead, and sulfur dioxide were created by the Environmental Protection Agency while the permit application for the plant was still pending. The plant’s developer, Avenal Power Center, argued in court (PDF) that the agency should exempt it from the new standards. Earlier this year, the EPA signed off on its plan.

“This decision is bad not only for the residents of Avenal and Kettleman City, who will be breathing the emissions from this plant; it’s also a bad precedent for the rest of the country,” said Paul Cort, an attorney for Earthjustice, which filed comments on Sunday opposing the EPA’s proposed exemption for the Avenal plant. “It would allow similar projects to be built even when we know that they will result in harmful pollution and even when they admit that they will not have best available pollution controls installed.”

More pollution is coming to Kettleman City despite major problems with the dirty industries that it already has. Earlier this month, the EPA released a report (PDF) revealing a list of violations at Waste Management’s huge toxic waste dump three-miles outside town. The report found that Waste Management disposed of “prohibited waste” that didn’t meet treatment standards, inadequately analyzed waste in its lab, and created fire hazards. In an email to Mother Jones, and EPA spokesman called the report “part of an ongoing enforcement process which includes both compliance and potential penalties.”

Despite the dump’s long history of violations, including a $300,000 fine for improperly storing PCBs (a now-banned hazardous chemical linked to cancer and birth defects), the California branch of the EPA says that it “does not believe there is anything unique about the environment [in Kettleman City] that poses a risk to the community.”This should come as good news to Waste Management, which is seeking to double the size of its dump—further increasing Kettelman City’s cumulative toxic burden.

Environmental groups say the EPA is ignoring its own findings. Some violations detailed in the report took place during the same period the birth defects broke out, points out Bradley Angel, the director of Greenaction for Health and Environmental Justice, a non-profit that initially discovered and publicized the birth defects. The EPA did not respond to a follow-up request for comment.