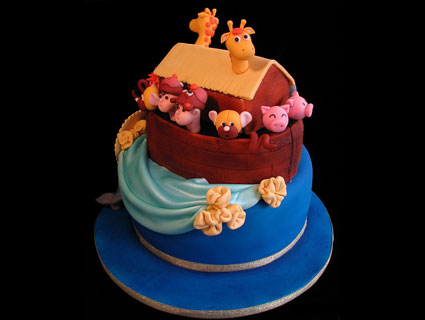 State governments are grappling with massive budget deficits, overburdened social programs, and mountains of deferred spending. But never mind all that. For some conservative lawmakers, it’s the perfect time to legislate the promotion of creationism in the classroom. In the first three months of 2011, nine creationism-related bills have been introduced in seven states—that’s more than in any year in recent memory:

Legislation: HB 2454 would ban discrimination against creationists, for instance, biology professors who believe in intelligent design. Defending his bill, Texas state Rep. Bill Zedler told Mother Jones, “When was the last time we’ve seen someone go into a windstorm or a tornado or any other kind of natural disaster, and say, ‘Guess what? That windstorm just created a watch’?”

Legislation: The Kentucky Science Education and Intellectual Freedom Act (HB 169) would have allowed teachers to use “other instructional materials to help students understand, analyze, critique, and review scientific theories in an objective manner.” Kentucky already authorizes public schools to teach “the theory of creation as presented in the Bible” and to “read such passages in the Bible as are deemed necessary for instruction on the theory of creation.” The state is home to the world-renowned Creation Museum and it may soon build the Ark Encounter, the world’s first creationist theme park.

Legislation: SB 1854 would amend Florida law to require a “thorough presentation and critical analysis of the scientific theory of evolution.” In 2009, Florida state Sen. Stephen Wise, the bill’s sponsor, rhetorically asked a Tampa radio host: “Why do we still have apes if we came from them?”

Legislation: HB 368 and SB 893 would require educators to “assist teachers to find effective ways to present the science curriculum as it addresses scientific controversies.” The bills list four “controversies” ripe for pedagogical tinkering: biological evolution, the chemical origins of life, global warming, and human cloning. Modeled on Louisiana’s Science Education Act (which became law in 2008), the bills are believed to have a good shot at passing. Steven Newton of the National Center for Science Education, which promotes teaching evolution in public schools, worries that the legislation “will allow teachers to bring this culture war into the classroom in a way that is going to leave students very confused about what science is and isn’t.”

Status: HB 368 was passed by the House General Subcommittee on Education on March 16.

Legislation: The Sooner State kicked off its creationism legislation season early with the January 19 pre-filing of SB 554, a bill that would have ensured that teachers could present “relevant scientific information” about “controversial topics in the sciences” including “biological origins of life and biological evolution.” It also would have required Oklahoma to adopt science standards echoing those passed by in 2009 by the Texas state board of education. “Using your tax dollars to teach the unknown, without disclosing the entire scientific findings is incomplete and unacceptable,” wrote the bill’s sponsor, state Sen. Josh Brecheen, in the Durant Daily Democrat. A second bill introduced in February, the Scientific Education and Academic Freedom Act, resembled Louisiana’s Science Education Act.

Status: Both bills died in committee.

Legislation: HB 302, another bill modeled on Louisiana’s Science Education Act. Sponsor Kent Cravens, a state senator from Albuquerque, told the Santa Fe New Mexican that the bill wasn’t anti-Darwinian, but rather was “intended to give the teacher the ability to disclose that there may be another way to think about this, whatever subject they are talking about.”

Legislation: HB 195 would permit teachers “to help students understand, analyze, critique, and review in an objective manner the scientific strengths and scientific weaknesses of the theory of biological and hypotheses of chemical evolution.” Missouri is the site of the newly opened Creation Museum of the Ozarks.

Status: Not yet referred to a committee.