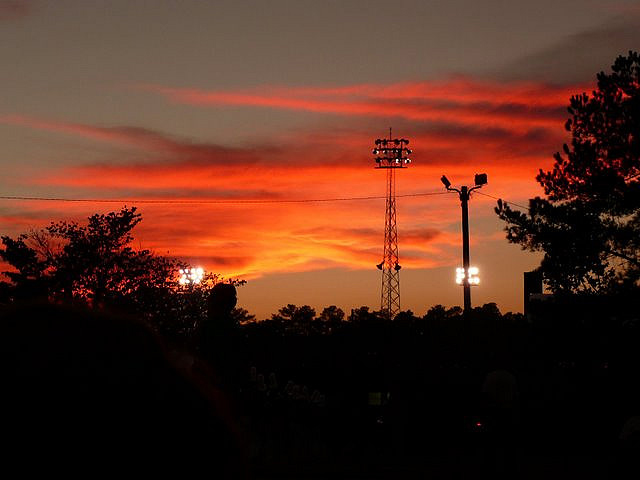 Flickr/Evoo73Friday Night Lights ended its fifth and final season last week. Needless to say, we’re devastated. But as a small consolation, the show’s ending means that lots of people on the Internet are now posting long-winded scribblings about what it all meant.

Over at Time, James Poniewozik makes a bunch of interesting points in his eulogy for the show, but I have to take issue with his grand takeaway:

The underlying theme is, we need each other. Everyone, even a teenager, is part of a web of dependence. You could see the show, from the right, as an example of how the best social programs are a job, a family and self-discipline; you could see it, from the left, as an argument for the crucial importance of an under-funded government institution, the public school. You would be right both ways.

I suppose I agree with this in a micro-sense—the show is about relationships, not football—but I think the larger point is that FNL didn’t so much bridge the red state-blue state divide as sidestep it. Given how overtly political the original book was, that took some work. The real-life inspiration for Tim Riggins took Buzz Bissinger hunting and complained that Americans don’t make things anymore, while lamenting the fact that we didn’t finish off the Japanese when we had a chance. Bissinger described a town gripped by a tea party-like fervor twenty years before the tea party, but the Dillon, Texas of FNL is exceptionally apolitical.

There was also the total absence of a significant Hispanic character. Slate‘s panel brought this up, as did Tony Lee at the Atlantic, but it’s worth reprising, especially given the demographics of West Texas. Odessa, which Dillon is loosely modeled on, is about 50-percent white and 6-percent black. Hispanics make up more than forty percent of the population, but in the final two seasons of Friday Night Lights account for maybe 10 spoken lines, tops.

We learn the names of three four* Hispanic characters in five seasons: One was thrown off the team for falsely alleging racism; another came from juvie and hung out with a bad crowd; and the third was expelled. A source of serious friction in Odessa circa 1988, Mexican-Americans are practically invisible in 2010. Fictional towns aren’t bound to Census data, but when a show veers so wildly from the reality, it’s worth wondering why.

None of this was to the detriment of FNL‘s brilliance as a television show. Its focus was on relationships—husband-and-wife, parent-sibling, younger brother-older brother, player-and-coach—and it nailed those dynamics better than any show I’ve ever seen. But the argument that the show somehow reconciled liberal sentiments with conservative values needs to acknowledge that it did so only be rewriting the script to ignore some serious divisions.

*Update: I forgot Grandma Saracen’s live-in nurse, Carlotta, who moved back to Guatemala after a brief fling with Matt.