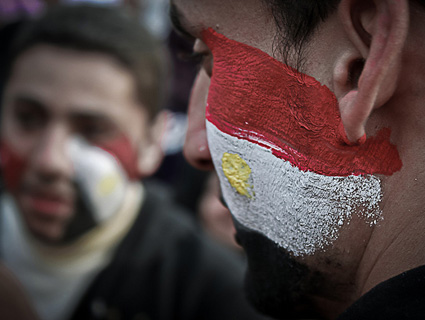 On Wednesday, as pro-Mubarak forces were assaulting protesters in Egypt, White House press secretary Robert Gibbs was asked if President Obama and his aides were considering curtailing or cutting off US aid to Egypt. Gibbs reiterated what he had said days earlier: “We will evaluate the actions of the government of Egypt in making and reviewing decisions about aid. That continues.” Hours later, Sen. Patrick Leahy (D-Vt.), who chairs the Senate subcommittee that overseas US foreign assistance, went further, saying that “the pipeline will be turned off” if Mubarak attempts to hang on to power.

But who controls that pipeline? And can it be shut off?

The United States annually provides Egypt about $1.5 billion in assistance. (Since the signing of the Camp David peace accords in 1978, massive and reliable US aid to Egypt and Israel has been part of the glue that has held that deal together.) Most of that money—about $1.3 billion—is handed to Egypt under the Foreign Military Financing program. Those funds are given to the Egyptian military to purchase US military equipment. Once Congress approves the funding—and each year this is essentially an automatic appropriation—the money goes into an account that the Egyptians can draw upon. If all the money doesn’t get used within a year, it stays in this pot.

Right now, there are probably tens, if not hundreds, of millions of dollars that were appropriated last year and in previous years that the Egyptian military has not yet claimed, according to a congressional aide who tracks foreign assistance. How much? That’s not certain. Leahy’s office has asked the administration to provide an accurate tally of the unspent funds.

These funds are now beyond the direct control of Congress. But the Obama administration could freeze this money—and stop the Egyptian military from using it. This would, of course, prevent the purchase of made-in-the USA equipment, which would mean trouble for (and perhaps generate complaints from) US military contractors. Yet such a move would be a major punishment for the Egyptian military.

As for Congress, it has authority over the billions of dollars that will replenish this fund. Because the House and the Senate did not pass their appropriation bills last year, all government spending for this year was rolled into one big spending bill, called a continuing resolution, which finances the government at 2010 levels until March 4, on a prorated basis. In the next few weeks, Congress will have to figure out how to fund the government for the rest of the fiscal year.

This means that only about half of the military assistance for Egypt this year has been placed into the kitty. Senators and representatives could follow Leahy’s suggestion and say no to approving the rest of this year’s money. Next, the legislators will have to consider whether to rubber stamp another $1.3 billion or so of Egyptian military assistance for the fiscal year 2012 budget.

Given that the Egyptian military has so far not resorted to excessive force to crush the protesters, this congressional aide says, there probably is not a majority of senators favoring a cutoff of aid at this point. But what to do about the military assistance for Egypt will be a continuing topic of discussion in the weeks ahead, as the House and Senate work out how to fund the government in 2011 and then move on to next year’s budget. It is within Congress’ power to attach conditions to any of this aid and that could be the preferred route, rather than a suspension, depending on what happens in Egypt. (In past years, Congress has declared that the Egyptian government had to implement significant economic and political reforms to receive military assistance, but this stipulation was consistently ignored—by Mubarak’s regime and by US administrations and lawmakers.)

Egypt also receives about $250 million a year from the United States in economic assistance. This money supports agricultural, educational, government reform, and human rights projects—and the recipients tend to be contractors and nongovernmental organizations, not Mubarak’s regime. It’s not the sort of financing that Mubarak critics would want to see halted, but Congress could reconfigure its distributions in light of the uprising.

Suspending the military aid would not be difficult. The president can freeze the funds already available. Congress can stop the flow come March 4. But the main target of these actions would be the military, not Mubarak, whose family net worth is estimated to be between $40 and $70 billion. Human Rights Watch has called

on the United States and the European Union to tell President Hosni Mubarak and Egypt’s military commanders that the army’s actions on February 2 raised serious doubts about its willingness to protect pro-democracy protestors from violent attacks, and that their failure to uphold fundamental human rights, including prohibitions on extrajudicial killings, torture and enforced disappearances, will prompt an immediate suspension of all military assistance.

While the president and lawmakers have denounced Mubarak—with the administration reportedly working on a plan to push Mubarak out of office immediately—it’s unclear whether they are ready to cut off his military. On Thursday, when Gibbs spoke to reporters and decried the latest violence in Cairo, he said nothing about US aid to Egypt. Yet whether to allow Egypt continued access to its made-in-the-USA military equipment gift card is a decision the White House and Congress will not be able to avoid for too long.