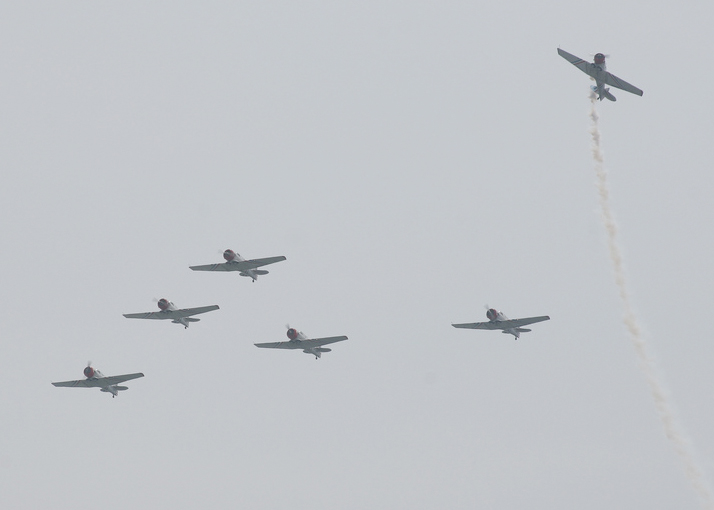 Over at The Atlantic, Tim Kane wrote a fascinating story about brain drain from the military ranks. It’s a far-ranging piece, but he touches on a critical issue facing our nation, security-wise and culture-wise:

Why are so many of the most talented officers now abandoning military life for the private sector? An exclusive survey of West Point graduates shows that it’s not just money. Increasingly, the military is creating a command structure that rewards conformism and ignores merit. As a result, it’s losing its vaunted ability to cultivate entrepreneurs in uniform.

Why is this important? Because it totally pisses off conservative rah-rah types by attacking their carefully assembled myths about America and its armed forces. One of the leading right-wing milblogs, Blackfive, neatly captures those myths:

I was unaware that cultivating entrepreneurs in uniform was an ability we would even want to vaunt…The military is a top-down hierarchy that will stifle creativity and free thinking by design…You cannot have a cohesive military command structure if everyone is following their own idea of what a standard operating procedure should be. Will this chafe the cones of some highly talented people who if left to their own devices would do some awesome things? Of course it does, tough shite. At some point the highly talented maverick becomes a drag on the over all effectiveness.

This is a patently circular argument: Military discipline is fundamentally conservative, because that’s what military discipline is. But conservatives have effectively sold most of the country on this idea. (Witness, for example, the hilariously incoherent Rep. Louie Gohmert [R-Texas] trying to defend Don’t Ask, Don’t Tell.) When we argue about most contemporary security issues—rules of engagement, strategy in Iraq and Afghanistan, PTSD, veterans’ care at Walter Reed, DADT, ROTC, women on submarines, et cetera—the right-wing viewpoint of the military as an unthinking, unfeeling, lockstep bloc always holds: You can’t rock the boat, because conformity is what the military’s all about. Silly me, I thought the military was all about guaranteeing security, and some brainpower might be required in getting that done.

Of course, political conservatives have a vested interest in keeping this myth going. If the military is perceived as no place for dissent, for entrepreneurship, for innovative thought, then the majority of people who are likely to volunteer for military service will be politically conservative, agreeable, uninnovative thinkers. And since they’re all heroes© for signing up, we nasty civilians will customarily defer to them in all matters, and our society will remain fundamentally conservative. No wonder military equality for gays and women, and expanded GI Bill benefits, are so worrisome to right-wing politicians: If the ranks start looking more like American society at large, we might have a more circumspect military and we might end up forced to respect some liberal war heroes and freethinkers. Yipe!

What’s interesting is that so many progressives grant the right-wing myth of the monolithic, unthinking military.

What’s interesting is that so many progressives grant the right-wing myth of the monolithic, unthinking military. Certainly, there aren’t many liberals who uncritically swallow the notion of all soldiers as “heroes.” But perhaps you also think of most soldiers as unreflective rightist aggressors (the “knuckledragging babykillers” meme) or put-upon pawns in a rightist aggrssive political scheme (the “victims” meme). Either way, you’re basically agreeing with the toxic right-wing point of view: that soldiers do not (and ought not) exercise free thought or free will, that they are automatic subjects rather than fully choosing human agents.

Not only is the conservative military myth pure bunk, it’s also dangerous to national security. In the history of the United States, virtually every positive military innovation has been the product of free thought, improvisation, entrepreneurship, even dissent and insubordination. The entire history of the Marine Corps confirms this (see Chapter 3 of this PDF), as does my own military training. In my days as a Naval Academy midshipman, we were issued a tiny book of advice to memorize and a larger tome on leadership to reflect upon, and both texts included the retirement speech of Vice Admiral William Mack, which is known nowadays as “The Tradition of the Dissenter”:

The one concept which dominates my mind is that of the necessity of listening to and protecting the existence of the “Dissenter”—the person who does not necessarily agree with his commander, or with popularly held opinion, or with you. Unfortunately, history is full of examples: then-Commander Mahan, whose novel ideas of seapower fell on barren ground; then-Commander Sims, whose revolutionary (but correct) ideas on naval gunnery ran counter to those of his seniors; then-Commander Rickover, who fought a lonely battle for nuclear power. All eventually succeeded, but not without the help of patient, understanding officers. Regretfully, each needed help from outside the uniformed Navy. We cannot afford this way of life in the government or in the Navy in the future, for the intervals given us for discussion and decision will be increasingly shorter.

Just this week, the very thoughtful Andew Exum, a retired Army officer who now works at the Center for a New American Security, drew my attention to this speech, given to West Point cadets last October by a Yale English professor, that explicates how true leadership requires the independent exercise of thought, not the mindless, middling bureaucratic attitude that’s far more common in the military and corporate worlds. Damn right.

There’s a flip-side here, too: Virtually every national catastrophe—every poorly chosen war, every strategic setback, every escalation of needless brutality—in America’s military history was the result of conservative, conventional, mediocre thinking. Look at the damage that the yes-man mindset has done just in the past few years, in a single locale:

Again, just one example. Maybe I should get started on a new book that busts the conservative lockstep-military myth. It would relate our rich history of armed-forces maverickism to progress—not only on strategic or foreign policy matters, but on economic and social justice issues, as well. I’d call it A People’s History of the United States Military.