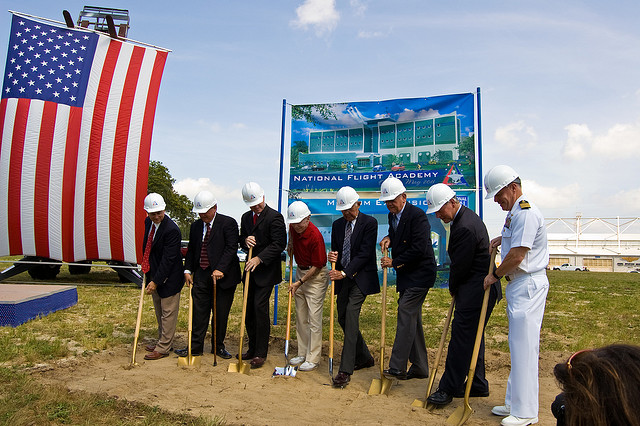 When President Obama’s $787 billion stimulus package went into effect, the idea was simple: finance short-term, “shovel-ready” infrastructural facelifts around the country to put people back on payrolls. But that logic rested on the assumption that the states and cities receiving federal money would spend it quickly.

For Los Angeles and other cities around the country, that’s been easier said than done.

The Los Angeles Times reports that the city has spent only about a quarter of its $630 million in stimulus dollars. Even though most of that money was delivered by last March, the city had completed only eight its 108 projects by mid-October. Those numbers mean little without some context. From the Times:

In October, L.A. officials compared the city’s spending on selected programs to sums spent by other cities on similar projects. They found that L.A. had spent 13.3% of its money, while New York had spent 25%, Chicago 47%, Minneapolis 23.4%. Philadelphia’s rate trailed L.A.’s at 9.6%.

As the story explains, there’s no shortage of transportation and water projects ready to break ground in LA. So why the delay? Bureaucratic mismanagement, at least in part:

L.A. officials say they have been hampered by a painful irony. As millions of federal stimulus dollars flowed in the door, the city was reeling from cost-cutting measures that led to the exodus of 2,400 experienced workers through an early retirement program and more than 360 layoffs. On top of that, many city workers, including some who are handling stimulus projects, are forced to be on furlough 16 to 26 days a year.

But the problem extends beyond the Golden State, writes The Washington Post‘s Harold Meyerson: Texas has spent a mere 5 percent of its funding for a large energy project, while only 27 percent of New York City’s money for infrastructure, and 3 percent of funds for improving energy efficiency, have been spent. He considers why the stimulus has been so slow, compared with FDR’s blindingly fast New Deal initiatives like the Works Progress Administration:

Part of the answer is technological: Most WPA and CWA workers were employed on pick-and-shovel jobs long since replaced by labor-saving (and job-reducing) machines. Part of the answer is that big government (the stimulus) was slowed by good-government requirements (environmental impact reports, competitive bidding and the like) that didn’t exist in the ’30s.

But Meyerson ultimately observes that state and local governments simply don’t have the budgetary capacity to hang on to the personnel who can enact stimulus projects.

It’s now clear…that unless presidents, governors and mayors appoint their own [stimulus money and project managers] and create fast-track procedures for construction, stimulus projects will be no more than a pale ghost of their 1930s’ predecessors, unemployment will remain outrageously high and the politicians who backed the stimulus will be left scrambling for explanations. These are among the grim lessons of our mega-recession, as many of those swing-district Democrats can sadly attest.

Creating jobs through public spending can’t just be about throwing good money after no money; it has to be coupled with effective management and empowered local bureaucracies armed with a step-by-step agenda.

Uttering the word “stimulus” has, for some time, been like spitting acid. Danger awaits any brave swing-state Dem (or president) willing to talk about fixing the stimulus. But while the Republicans dither with neutering the Affordable Care Act and financial reform, and reap the spoils of the $900 billion tax bill—a.k.a. the second stimulus—the president and the Democrats can still successfully re-energize and re-direct the first one. After DADT repeal, New START, and winning major concessions from the GOP in the tax bill, it may have just enough momentum to fix a past mistake. It might not be too late.