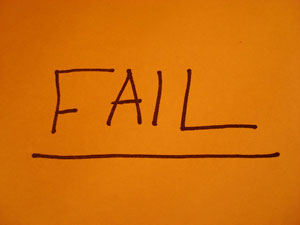 Last week, the Republican members of the Financial Crisis Inquiry Commission released a nine-page, three-footnote minority report (or “preport,” really—the actual report hasn’t been released yet) blaming the financial crisis on Fannie Mae, Freddie Mac, and government incentives to give loans to minorities. It’s all poppycock, but that didn’t stop them from writing it. The words “Wall Street,” “interconnected,” “shadow banking,” “deregulation,” and “credit default swap” were nowhere to be found in the GOPers’ account of the crisis. But that didn’t stop them from pretending it was a serious effort.

The Republican members of the panel have since been the target of much well-deserved mockery, but the New York Times‘ Joe Nocera really takes them to task in a long column (Nocera gives them credit for 13 pages, but he’s counting the title page and table of contents):

The Republican minority, fearing their view would get short shrift, pre-emptively put forward a CliffsNotes version of their theory of the case. In other words, they responded to a report that hasn’t even yet been written, much less read and voted on by the members.

Is there such a word as “presponse?” Perhaps we should coin it to describe what took place this week at the F.C.I.C.

It would all be pretty laughable if it didn’t have serious consequences. But it does. First, with the commission’s Republican members having now issued this public, partisan smoke signal, the final product, no matter how rigorous, will be inevitably dismissed as a Democratic document. As a result, it will have little impact and, once Bill O’Reilly has finished mocking it, will be consigned to the dustbin of history. By creating this partisan rift, the Republicans have succeeded in tarring the entire enterprise.

Next year, the House of Representatives will be in Republican hands. High on the agenda for the new majority is its own version of financial reform. The Republicans hope to minimize the impact of the Dodd-Frank bill while at the same attacking — and fixing — what they see as the “true” culprit of the financial crisis.

To fix a problem, though, it helps to know what the problem is. The F.C.I.C., with all those witnesses and documents, could have really helped here. But the paper released by the commission’s Republicans this week reads as if they couldn’t be bothered. It simply reiterates longstanding Republican dogma that could have been written without a $6 million investigation. None of which bodes particularly well for the next two years of “financial reform.”

The Republican minority feared “their view would get short shrift” because their view is wrong. As Nocera explains in the rest of his column (and as Andy Kroll and I have explained repeatedly on this blog), Fannie and Freddie didn’t cause the financial crisis. Nor did the Community Reinvestment Act, the 1976 law that is meant to encourage some lenders to lend to minorities. Any serious, evidence-based examination of the financial crisis would not point to Fannie, Freddie, and the CRA as causes.

But in the world that the Republican members of the FCIC inhabit, it apparently doesn’t matter that an idea is wrong: it still deserves time, attention, and $6 million of the taxpayers’ money.

P.S.: Look, like Nocera, Andy and I are totally in favor of reforming Fannie and Freddie. As Nocera concludes, “Who Isn’t?” Blaming the crisis on the government is a great GOP talking point. If Republicans just want to score political points, that will work great. But actually reforming Fannie and Freddie in a meaningful way is going to require a much deeper, more sophisticated understanding of the crisis. The FCIC minority report isn’t making that any more likely.