There’s a new frontline on the battlefield between the two baddest armies of environmental change—global warming and biodiversity loss. The question is whether or not to relocate endangered species to ecosystems they’ve never inhabited in order to save them from the real or predicted loss of their natural ecosystems from climate change.

RARE from Joel Sartore on Vimeo.

The potential for problems is scary. There’s a term for what happens when species set up house in the wrong ecosystem: biological invasion. One of the primary causes of the current extinction crisis around the world is biological invasion. An exotic species comes in and wipe out a native species. I wrote about this in Listen to the Lionfish in MoJo a couple of years back. 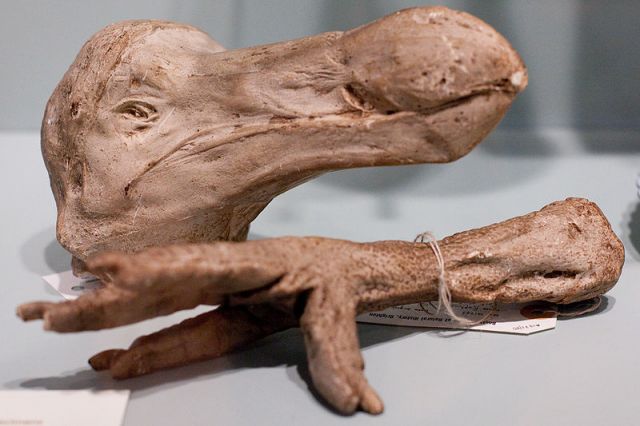 Now a new paper in Ecological Applications by Ben Minteer and James Collins of Arizona State University assesses the pros and cons of managed relocation:

A conservation strategy involving the translocation of species to novel ecosystems in anticipation of range shifts forced by climate change, managed relocation (MR) has divided many ecologists and conservationists, mostly because of concerns about the potential invasion risk of the relocated species in their new environments.

The authors cite an important 2004 paper in Nature, Extinction risk from climate change, which predicts up to 35 percent of Earth’s species could be en route to extinction as a result of climate change. Nevertheless, argue Minteer and Collins, the ways we’ve fought extinction in the past won’t help  species teetering on the edge in a rapidly warming climate.

[A]s the plight of the polar bear illustrates, climate change is forcing us to rethink what it means to save a species in the 21st century. If climate change continues unabated and as rapidly as a few models predict, saving at least some species will require solutions more radical than creating parks and shielding endangered species from bullets, bulldozers, and oil spills: It will require moving them. 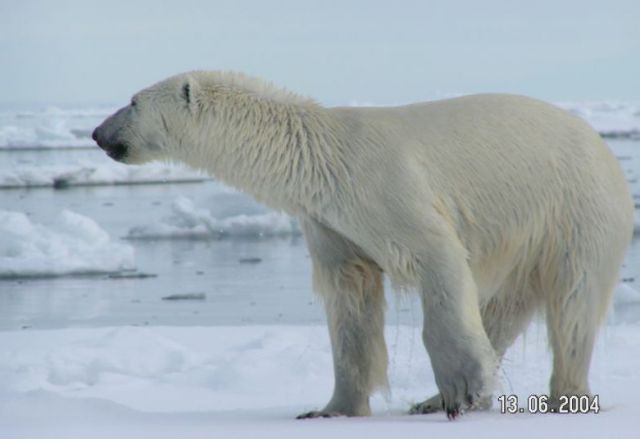 Some key questions raised by Minteer and Collins: 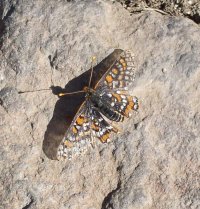 Quino checkerspot butterfly. Photo courtesy the US Fish & Wildlife Service.Whether we’ve though about these issues hard enough or not is becoming moot since relocations are already happening:

In the end, argue the authors, the “metabolism of conservation must accelerate if we want to keep up with changes that are outpacing traditional ways of managing species and ecosystems.” 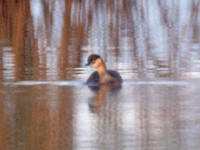 The only known photograph of an Alaotra Grebe, confirmed extinct this year. Photo by Paul Thompson, courtesy Wikimedia Commons.