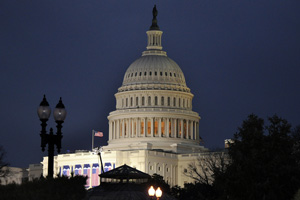 Conservative blogger Erick Erickson has a theory about midgets and tigers. Midgets, he says, are conservative political candidates around the country. The tigers are “establishment politicians and media.” In his analogy, some “midgets”—like Delaware Senate candidate Christine O’Donnell—have to be sacrificed to distract the “tigers,” so other “midgets” as conservastive as O’Donnell can slip by.

If he’s right, who are the radical “midgets” sneaking past the establishment and the press? Erickson points to ultra-conservative Senate candidates like “Sharron Angle, Ken Buck, Mike Lee, Joe Miller, Marco Rubio, Rand Paul, Pat Toomey, and Ron Johnson.” But he doesn’t mention all of the controversial conservatives running in—and likely to win—congressional races around the country. So here’s a primer on ten GOP candidates favored to win—and who happen to come with a lot of radical baggage. (The number in brackets is New York Times polling guru Nate Silver’s estimate of the candidate’s chance of prevailing.)

Barletta is running his third race against incumbent Democratic Rep. Paul Kanjorski. Barletta has attracted attention for his anti-immigration stance during his stint as mayor of Hazleton, Pennsylvania. As mayor, he introduced laws “protecting English” and forbidding hiring or even renting to undocumented immigrants. (“English-only” laws don’t only affect undocumented people. They also hurt legal immigrants and lifelong citizens.) In September, a federal appeals court upheld a lower court ruling that Hazleton’s anti-immigration laws are unconstitutional because they interfere with Washington’s exclusive right to determine immigration policy. Of course, anti-immigration laws on the local level don’t stop illegal immigration—they just drive undocumented immigrants out of that particular locality. But once Barletta is in Washington, he won’t have that problem.

Money Quote: “We are protecting English! I am doing what my community elected me to do!”

Quayle, the son of former vice president Dan Quayle, is on the inside track to replace retiring GOP REp. John Shadegg in Arizona’s third congressional district. Quayle Jr., who has called Obama the “worst president in history,” regularly posted on DirtyScottsdale.com, a predecessor to TheDirty.com, a gossip site that is as skeezy as its name suggests. While commenting for DirtyScottsdale, Quayle exhaustively recounted his quest to find the “hottest chick in Scottsdale.”

Money Quotes: “ummmmmmmmmm………she looks like she could be his daughter – they both have the same kind of pug-face, boxer who took too many shots to the nose look, eh?” And, “Does anyone notice the guy in the middle of the second picture. That jackass was on the Dirty about 3-4 weeks ago with his little homo friend. They must run in packs.” And, “may I smell yo finger pleeeze.” And, “If I was around she wouldn’t EVER need butt floss.”

Many GOP candidates would like to abolish the Federal Department of Education. But David Harmer, who’s running against Democratic Rep. Jerry McNerny in California, ups the ante on the typical Republican position: he has argued that public schools should be abolished. The day after Mother Jones reported on Harmer’s past call for ending all public education (and the absence of this position on his campaign website), his campaign posted a video of his wife (a substitute teacher) proclaiming Harmer’s dedication to public schooling. But she was flunking history.

Money Quote: “Government should exit the business of running and funding schools. This is no utopian ideal; it’s the way things worked through the first century of American nationhood, when literacy levels among all classes, at least outside the South, matched or exceeded those prevailing now, and when public discourse and even tabloid content was pitched at what today would be considered a college-level audience.” (Um, no. And what about the slaves?) 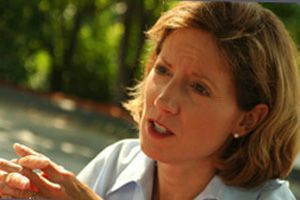 Vicky Hartzler, a Republican running for Congress in Missouri, could be the most anti-gay House candidate in America. | VickyHartzler.com.

Gay rights groups are no fans of incumbent Democratic Rep. Ike Skelton. He was an architect of the military’s Don’t Ask/Don’t Tell policy, and he now opposes its repeal because he wants to protect “the children.” But his opponent, Vicky Hartzler, is even more anti-gay. Hartzler ran Missouri’s campaign to institute a Constitutional amendment against gay marriage—the first such amendment in the country. “Ike Skelton has not been a friend of the LGBT community, but he does not wake up in the morning thinking about what he can do to harm the LGBT community,” says Paul Guequierre, a spokesman for Human Rights Campaign. “He hasn’t been with us most of the time. But [Hartzler] is vehemently anti-gay.”

Money Quote: Ike Skelton has caved to “the extreme agenda items of the gay movement.”

As a US attorney, Marino provided a reference for Louis DeNaples, a convicted felon accused of mob ties—and a man his office investigated for perjury. After the Justice Department reportedly launched an internal ethics probe into the reference, Marino resigned—and got a plum job as the ex-con’s in-house lawyer. Since then, Marino has changed his story about whether he was authorized to provide the reference (he wasn’t), and told a local paper that he was going to stop taking questions about the affair. “If the allegations made against Mr. Marino are accurate, at least three, and perhaps up to five federal regulations on Department of Justice employee ethics are at issue,” says Kent Kauffman, a legal and business ethics expert at Indiana University-Purdue University Fort Wayne.

Money Quote: “Louis is a close friend, and Louis has done nothing wrong. That’s the gist of this. I am not turning my back; I will not distance myself. I will not throw Louis under the bus to get a vote. He’s my friend.”

As a congressman, former Rep. Pat Toomey amassed a voting record twice as conservative as former Pennsylvania Sen. Rick “Man on Dog” Santorum. While in Washington, Toomey spent a lot of time advocating for his former buddies in the financial derivatives industry, which he pioneered in the late 1980s (by trading billions of dollars in risky currency and interest-rates swaps).

Money Quotes: “The trend in deregulation, beginning in the early 1980s, is one of the biggest reasons for the sustained economic expansion,” Toomey told Derivatives Strategy in 1999. “I would like to see us continue to deregulate on many fronts, including the financial services industry.” Later, he boasted to a House Banking committee that the derivatives industry, which saw him as “one of its own,” “has done enormous good and has been an enormous force for positive change in our economy generally.”

Liberal bloggers labeled these two military-vets-turned-congressional-candidates “Jack Bauer Republicans.” Bauer, the main character in the counterterrorism drama 24, is a brutal interrogator, but he is also a hero. West and Pantano were both accused of brutal war crimes during their time in the military. And that hasn’t hindered their campaigns. And comparisons to a television action character who regularly saves the nation from terrorist attacks probably didn’t hurt their chances.

Pantano, who emptied two clips into two unarmed Iraqis, trumpets the fact that lefty blogs have attacked him as a “Jack Bauer Republican.” And West made a four-minute video bragging about the act that almost earned him criminal charges: the harsh interrogation of an Iraqi police officer whom he suspected was planning an ambush of US troops. Unfortunately for West and Pantano, it’s more complicated than that. (The Iraqi cop questioned by West later told the New York Times that he said what West wanted him to say because he feared for his life.)

Money Quotes: Pantano: “I never once doubted that I had done the right thing.” West: “You might recall that in 2003, I made the decision where I sacrificed my military career for the lives of my men.”

Harris, an ultraconservative state senator, is facing freshman Democratic Rep. Frank Kratovil in a rerun of their 2008 matchup. This time, the GOPer is likely to win. (Silver says there are only 12 other seats in the country that the GOP is more likely to win.) Harris beat out a somewhat more moderate opponent in the primary, and he isn’t quite sure that President Obama was born in the United States.

Money Quote: “There are a lot of folks who will look at what happened with regard to that Hawaiian birth certificate and say, you know what, why isn’t all the truth coming out, or why are things being hidden? I don’t know why they’re being hidden but I will tell you right now Barack Obama is our president. I think we have got to just realize that he’s going to be the president until 2012.”

Ken Buck: The DA Who Doesn’t Think A Confession Is Enough Evidence To Prosecute a Date Rape (CO-SEN) [62%]

A district attorney in Weld County, Colorado, Ken Buck decided not to prosecute an alleged date rape case even though the alleged rapist confessed to the crime. He also thinks abortion should be illegal even in cases of rape and incest. Some critics have suggested that Buck’s reason for not prosecuting the case was that he believed the victim had an abortion. (She says she didn’t.) Legal experts contacted by Mother Jones said that a confession in this sort of case makes Buck’s descision not to prosecute seem odd. “This is the type of evidence [prosecutors] dream of,” says Laurie Levenson, an expert on criminal law at Loyola Law School in Los Angeles. “If you’re a defense lawyer, and your client says she said no and was resisting, usually you’re talking plea deal at that point. It doesn’t necessarily guarantee a slam dunk, but most [district attorneys] would love to have statements like this as a starting point in their prosecution. You almost always get the opposite.”