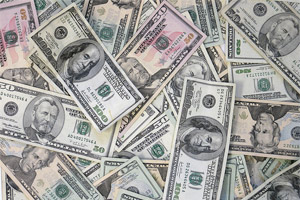 One result of the 2010 campaign is clear before any ballots are counted: Democracy is in danger.

That sounds hyperbolic. But whatever remains of the quaint notion—call it a myth—that in a democracy citizens are more or less equal is in the process of being shredded, due to the rise this year of super PACs and secretive political nonprofits. Thanks to the Supreme Court’s notorious Citizens United decision and other rulings, a small number of well-heeled individuals (or corporations or unions) can now amass a tremendous amount of political influence by throwing an unlimited amount of money into efforts to elect their preferred candidates. And certain political nonprofits, such as Crossroads GPS—the outfit set up this year by GOP strategists Karl Rove and Ed Gillespie (which with an affiliated group is spending about $50 million)—can pour tens of millions of dollars into the elections without revealing the source of their campaign cash.

The secret and unlimited flow of dollars into congressional campaigns this year is largely unprecedented—at least since campaign finance reform was implemented following Watergate in the 1970s. Almost half a billion* dollars have been spent so far by outside groups—with about one-quarter of that coming from dark-money groups that don’t disclose donors. And it’s not just a Republican phenomenon. Unions and Democratic-leaning advocacy outfits are playing the game. Still, the advantage goes to the GOP. Of the outside groups not connected to either political party, those supporting Republicans and opposing Democrats have so far spent $119.2 million, and those supporting Democrats and opposing Republicans have dumped $73.8 million into races. This split is dramatic, but there’s another factor to consider: Much of the pro-Democratic money comes from large membership groups (including the SEIU and the National Education Association), yet much of the pro-Republican money originates from a small number of millionaires (or billionaires). Consequently, fat cats have gained even more disproportionate influence.

The White House has complained about the rise of super PACs and the spread of secret money, though it miscalculated by focusing on the possible flow of foreign money into these endeavors—blasting the Chamber of Commerce’s pro-Republican efforts—when the issue is the overall boost in special interest money. And here’s the kicker: The 2010 campaign is merely a warmup for 2012 and campaigns after that.

It doesn’t take a New York Times article—such as the one headlined “Conservative Donor Groups Lay a Base for 2012 Elections”—to predict what’s coming. The permanent, neverending campaign will become even more permanent and neverending. These big-and-secret-money groups will be working 24/7, opposing and discrediting President Barack Obama and the Democrats in the so-called off-year and then revving up for the 2012 presidential and congressional elections. The negative ads never have to stop. (“President Obama and Representative [fill in the name of a local House Democrat] are trying to ruin this nation’s future with their reckless and risky schemes to [expand government spending/raise taxes/provide amnesty to illegal immigrants/impose socialized medicine on American families].”) Surely, Rove and others can find enough right-wing millionaires to underwrite a constant blitzkrieg against Obama and the Democrats.

The argument for this is an obvious one: It will soften up the Dems for the final kill in 2012. Rep. Tom Perriello, the incumbent House Democrat freshman in Virginia’s 5th Congressional District, has faced such a daunting reelection this year partly because outside conservative and corporate groups started running ads against him soon after he took office in January 2009. Perriello stood out as a target, given that he won by a measly 727 votes in a GOP-friendly district. But if enough money is bagged, Rove and his comrades will be able to target not just out-on-a-limb Democrats but a host of House and Senate Democrats year-round. Local television station owners, your payday has come. Secret money will flow before, during, and after elections.

Campaign finance reform advocates are in total despair. For decades, they have tried to lessen the impact of special interest money on the political system. (The House Democrats passed Obama-backed legislation earlier this year to force disclosure of contributors, but the bill stalled in the GOP-obstructed Senate.) Now the dam seems gone, blown up, in rubble. Moreover, the Federal Election Commission, which is responsible for enforcing the campaign finance rules that still exist, is in shambles. And the Internal Revenue Service has not yet demonstrated an ability or willingness to go after the political nonprofits under its jurisdiction, which may be violating IRS rules that supposedly limit their campaign-related activities. (And how bad would it be for any of these groups to be slapped with an IRS fine after succeeding in changing the political landscape?)

All this places Obama in a jam. Does he continue to decry the rise of super PACs and secret-donor nonprofits? Or does he encourage Democrats to fight big-secret money with big-secret money of their own? In the past, the Democrats have had success marshaling such resources. (See George Soros.) But can Obama do both—assail the new campaign finance order and explain that Democrats have no choice but to play by these anti-democratic rules? Mixed messages tend not to resonate well with voters. If Obama signals Democrats that he’d like them to unleash their own big-money hounds, he will likely find it tough to score political points by opposing the GOP’s big-money efforts. Then again, can racking up debate points help Obama and his Democrats stand up to a tsunami of campaign cash? It’s a dilemma.

The election news tomorrow night and in the days ahead will naturally focus on who won and who lost and the subsequent shift in the balance of power in Washington. But this campaign season has brought about a profound and fundamental shift in systemic, money-based political power. And it’s far from done.

* Correction: A previous version of this article reported “almost half a trillion dollars.”