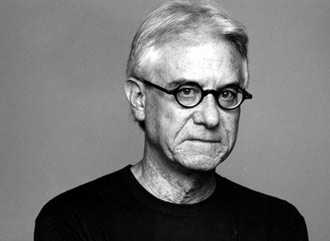 Author and critic’s critic Greil Marcus takes a scholarly approach to writing about pop music. He’s covered all the greats of rock ‘n’ roll for a variety of publications over the years, including Rolling Stone, where he was the magazine’s first reviews editor. Among the 18 or so books he’s written or edited is 1975’s acclaimed Mystery Train, in which he hones in on a handful of musicians in his quest to cement rock ‘n’ roll within a larger American cultural context. Marcus has paid special attention to the likes of Elvis Presley, Van Morrison—the subject of a book earlier this year—and particularly Bob Dylan. His new collection, out this month, is called Bob Dylan by Greil Marcus: Writings 1968-2010. I reached out to Marcus with a few questions on his current and all-time music faves, new surprises, and, of course, His Royal Bobness.

Mother Jones: What’s your favorite new release this year within your usual realm?

Greil Marcus: Carolina Chocolate Drops, Genuine Negro Jig (Nonesuch). Very educated people who somehow get inside the blackface minstrel music of 150 years ago, and come out the other side.

MJ: What about something totally outside your genre?

GM: I like to think there’s no outside; that I can hear whatever has a claim to make, but if you’d asked me if I were interested in poetry set to music, I’d probably say no. When I heard Ellen Maybe’s “City Streets” on KALX in Berkeley I had no idea what it was, just that I was transfixed. I called up the DJ, went to Amoeba Records, couldn’t find it, wrote away—and after listening to Maybe’s album Rodeo for the Sheepish (Hen House) half a dozen times, I had no idea who the people behind it were—a poet, and a musician/singer who sounds like many of himself, or for that matter her-himself. But there’s a pathos cut with self-lacerating humor that makes this the most surprising and painful music I’ve come across.

MJ: If you don’t have an iPod, what was it that you just shuffled?

MJ: Three records or singles you never get sick of listening to?

GM: Cream, “Crossroads”
Crickets, “Looking for Someone to Love”
Tom Petty and the Heartbreakers, “American Girl”

GM: Short of reading or listening about mass murder, torture, and child rape and pornography for pleasure, I don’t buy the concept.

GM: From Phil Spector’s A Christmas Gift for You: Darlene Love’s “Christmas (Baby Please Come Home)” now and forever—though it’d be hard to top what she did with it on David Letterman last year.

MJ: Do you have any new favorite bands that we might not have heard of?

MJ: Your new book out this month contains four decades of your writings on Bob Dylan. Can you think of any rising young musicians who embody the Dylan spirit without being derivative?

GM: Dylan when, where, how, why? The Handsome Family, Be Good Tanyas, Crooked Still, New Model Army.

MJ: Let’s say an alien came down and wanted to hear the Dylan album that best demonstrates what he’s about, which one would you hand the creature?

GM: Another Side of Bob Dylan. Confuse the thing. No reason to give away all our secrets just like that.

MJ: Can you still listen to Dylan for pleasure?

GM: Reminds me of what John Lennon said when asked who the new Chuck Berrys and Jerry Lee Lewises were: “Are they dead?” Bob Dylan continues to release odd and unsettling records, and to do odd and unsettling things on stage. So the term “still” seems meaningless to me. But the real answer is simple: I listen to Bob Dylan for pleasure more than I listen to anyone else for pleasure.

MJ: As a longtime critic, can you listen to a song purely emotionally, without thinking about context and structure and history and all of that?

GM: Almost always, that’s how I listen. I never find myself even catching lyrics until something in the sound has taken me captive. Thinking about anything else is just the pleasurable byproduct of wow.