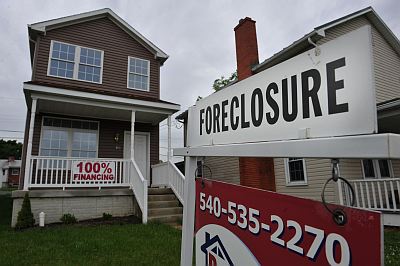 Is GMAC Mortgage, the company under siege by numerous state attorneys general and members of Congress for its use of dubious foreclosure legal filings, trying to silence the lawyer who exposed the bank’s practices? So says Thomas Cox, the Maine attorney whose case is at the center of GMAC’s ongoing debacle.

It’s been a rough few weeks for GMAC Mortgage, a subsidiary of the bank Ally Financial, which was bailed out by American taxpayers in 2008 to the tune of $16 billion. The first domino fell when Bloomberg reported on September 20 about a leaked internal memo directing mortgage brokers in 23 states to halt foreclosure evictions and sales, adding that the company may “need to take corrective action in connection with some foreclosures.” In this case, “corrective action” meant cleaning up a trail of bogus legal paperwork stretching from Maine to Texas.

Since then, attorneys general in California, Connecticut, Illinois, Iowa, Ohio, and Texas have begun scrutinizing the use of dubious foreclosure filings by GMAC and other lenders, including JPMorgan Chase and Bank of America. Illinois AG Lisa Madigan has requested a meeting with GMAC officials, and several other states, including Connecticut and Massachusetts, have demanded a freeze on all foreclosures in their states. “The GMAC/Ally foreclosure steamroller should be stopped so the company can be held accountable,” Connecticut attorney general Richard Blumenthal said in a statement.

Cox is one of the primary reasons for GMAC’s current headaches. In June, as part of ongoing foreclosure case, Cox flew down to Philadelphia to depose (pdf) 41-year-old Jeffrey Stephan, who oversaw more than a dozen employees on GMAC’s “document execution” team.

Cox questioned Stephan on GMAC’s foreclosure practices, especially whether the employees mass-signing foreclosure documents personally knew what those documents said—a requirement in all foreclosure cases, according to federal rules of civil procedure. Stephan admitted under oath that, to the contrary, he had little knowledge of the contents of the filings he’d signed, and couldn’t attest to whether those documents were even true or not. Cox knew he’d found the opening that could turn the tide in his case, and soon after filed to throw out an earlier summary judgment, the court ruling that all but but spells the end of a case.

He also posted the deposition (pdf), he says, to an email listserv for the National Association of Consumer Advocates (NACA), of which he’s a member. The ramifications of Stephan’s admission, he knew, exposed major flaws in GMAC’s foreclosure filings and cast doubt on the validity of tens of thousands of cases throught the country. Cox had solicited help from other NACA attorneys before. Now he was returning the favor. Before long, the deposition went public on a foreclosure defense blog written by a St. Petersburg, Florida-based attorney who dubbed Stephan the “New Robo Signer.” (In October, the Stephan deposition formed the basis of a major class action against GMAC filed by five Maine homeowners and represented by Cox, the National Consumer Law Center, and the Center for Responsible Lending.)

Then, in mid-June, Cox says, something odd happened. GMAC fired the local attorney who’d handled the case up to that point and replaced her with counsel from a powerful white-shoe firm, Pierce Atwood. The new firm’s first move was to accuse Cox of violating Maine civil court rules by distributing legal documents that caused “embarrassment, annoyance, oppression, and intimidation” of GMAC and Stephan. (GMAC’s attorneys say Cox sent the deposition directly to the Florida blog, which he denies.)

The firm demanded financial sanctions against Cox totaling thousands of dollars. And it asked the court to make Cox retrieve the deposition from blogs and website, effectively yanking it off the Internet, and prevent him from further sharing the deposition or using it in any other GMAC-related cases. Cox fired back by saying he had every right to share the deposition. Blocking his use of the document violated his First Amendment rights, he argued.

Gina Proia, a GMAC spokeswoman, denied that the company was trying to “silence” Cox. “The pleadings in that case speak for themselves, and any attempt by Mr. Cox to characterize the pleadings in an inflammatory fashion are categorically disputed,” she said in a statement.

After reviewing GMAC’s plea to the court, Duke University law professor Tom Metzloff, a civil procedure expert, was skeptical about the mortgage company’s claims. He says the American legal process tends to favor openness over blanket secrecy. Only in cases where a deposition contains trade secrets or highly personal information (the contents of a divorce case, for instance) do individuals or companies get to block it from becoming public. Whereas GMAC looks like “they’re trying to close the barn door after the horse has gotten out,” Metzloff says. “It looks like they’re trying to do a little damage control.”

The judge on the case shares Metlzoff’s skepticism. On September 24, he dismissed GMAC’s attempt to bury the Stephan deposition, saying the company hadn’t shown “good cause” to protect the document. What’s more, the judge, Keith Powers, all but threw out the original foreclosure case that had allowed Cox to land his crucial deposition. Of the silencing maneuver, Powers wrote, “Attorney Cox did not himself take action other than to share the deposition transcript with an attorney in Florida. That the testimony reveals corporate practices that GMAC finds embarrassing in not enough to justify issuance of a protective order.”