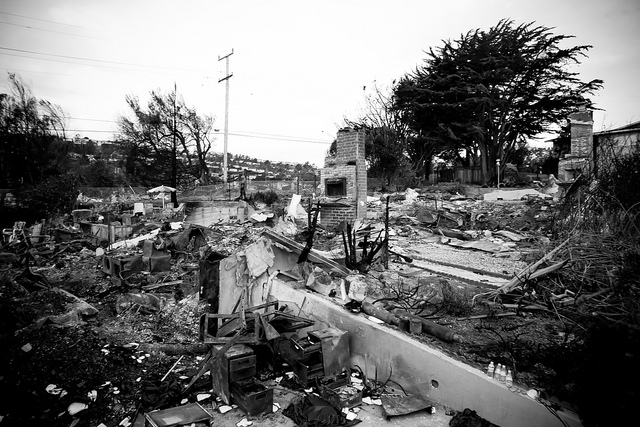 Should the massive explosion of a natural gas pipeline in San Bruno, California, prompt an overhaul of the agency that’s supposed to be regulating these pipelines? The September 9 explosion that killed four people, injured many others, and destroyed dozens of homes has state officials in California prodding owner PG&E Corp. for more information about the safety of the company’s pipelines. But what’s going on at the federal regulatory agency that’s supposed to oversee the safety of 2.3 million miles of pipeline crisscrossing the country?

In the wake of the Deepwater Horizon disaster, the Minerals Management Service (now renamed the Bureau of Ocean Energy, Management, Regulation, and Enforcement) was put through the wringer for the failed oversight that may have led to the catastrophe. The head of MMS got the boot shortly after the disaster, and the troubled agency was split into separate divisions in an effort to reduce the cozy relationship that had developed between regulators and the companies they’re supposed to oversee.

There hasn’t been quite the backlash against the Pipeline and Hazardous Materials Safety Administration, a division of the Department of Transportation, and its head, Cynthia Quarterman. But the division is now drawing some comparisons to the failures at MMS—most notably because Quarterman was the director of the MMS under former president Bill Clinton. (PHMSA associate administrator Jeffrey Wiese also comes from MMS—he worked in the offshore oil and gas division for 15 years; he was the chief of staff for offshore operations for five of those years.) After leaving MMS, Quarterman also represented two companies responsible for pipeline spills in the Midwest. One of those companies was Enbridge Inc., owner of the Michigan pipeline that dumped more than a million gallons of oil in July.

Greenwire reports on the concerns about Quarterman’s leadership:

Quarterman—who took PHMSA’s helm last November—has recused herself in matters involving Enbridge, an agency spokeswoman said in a statement. The statement added that Quarterman signed an ethics pledge that “precludes her from handling particular matters involving her former private sector clients for two years from the date of her appointment.”

“Safety is this Department’s top priority,” the statement added.

But critics say her appointment conflicts with Obama’s vow to avoid appointing regulators with industry ties.

“She was an advocate for one of the biggest pipeline firms in the nation,” said Paul Blackburn, an attorney with Plains Justice, a Western environmental group fighting for tougher pipeline regulation. “I have a hard time believing that she would have an objective perspective on pipeline safety.”

Like MMS, there have been serious concerns raised about PHMSA’s relationship with the industry, and about deficiencies at the agency that may limit its ability to do its job. Right now, 110 inspectors are supposed to oversee all 2.3 million miles of natural gas and hazardous liquid pipelines.

The Department of Transportation last week sent draft legislation to Congress aimed at strengthening pipeline oversight, a response to both the Michigan pipeline spill and the explosion in California. As Andrew Restuccia reports at the Washington Independent, the proposal would increase fines for companies whose pipelines cause death, injury, or environmental damage from $1 million to $2.5 million, and fund 40 additional pipeline inspectors. It also directs PHMSA to update its inspection policies.

But as Restuccia notes, House transportation and infrastructure committee chair Rep. James Oberstar (D-Minn.) is concerned that the proposal from the administration doesn’t do enough—and besides, it probably won’t be passed this Congress, considering the short time left on the legislative calendar this year. Oberstar notes that the proposal does not go far enough in mandating better systems to prevent leaks, and should give PHMSA more authority over the plans the companies must have in place for testing their pipelines.

In the months since the Deepwater Horizon spill, there’s been a concerted effort to make long-needed changes at MMS. Perhaps PHMSA needs the same kind of attention.