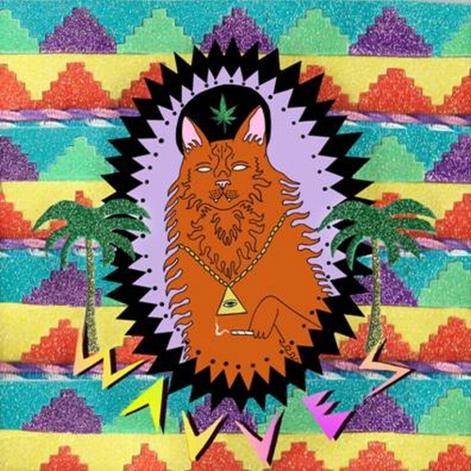 Wavves, the San Diego punk rock outfit led by early-twentysomething skater/slacker Nathan Williams, recently released this LP, its third, to the adulation of critics and fans alike. King of the Beach demonstrates a scrubbing up of the band’s once-abrasive sound, presumably for the sake of maturity and accessibility. And that’s precisely my problem with it.

I take pleasure in feedback- and reverb-soaked music that forsakes lyrical comprehensibility for sheer raw energy—a sound Wavves pinned down in its first two albums. In those recordings, Williams’ voice sounds as though snarled through a megaphone two rooms over, depositing a lot of “Oooohweeeoooohs” and distortions that embody the angst and ennui of a directionless teenager (“No Hope Kids” is a great example). It doesn’t matter what he’s singing about, be it weed, girls, or boredom; what’s important is that his I-don’t-give-a-shit swagger came across in the gestalt.

So why did Williams and Co. abandon the very thing that made them good? This is the most telling sign of the sophomore slump: A band fortunate enough to find a modicum of success with its first album or two, as Wavves did, inevitably faces the question: “Where do we go from here?” Wanting to impress critics and fans, to not appear beholden to one sound, and because of the increased recording budgets that fame generously delivers, the answer too often is “let’s surprise them with the breadth of our songwriting!”

Most times the reality is that such breadth is nonexistent, and fans are left with a bloated collection of songs that stray far from what made the band likable in the first place. Alternatively, bands may just not have enough time to re-create the brilliance of a first release. To paraphrase a wise musician, you have an entire life to write your first album and just six months to write your second. (Or in this case your third.)

The songwriting quality hasn’t taken a hit; if anything, Williams’ writing chops have improved, incorporating a girl-group influence absent from his earlier work. He absorbed the late, great Jay Reatard’s backing band and produced 12 tightly wound, alt-radio-friendly pop-punk tracks. Sounds like a recipe for a kickass record, right? Who doesn’t like the Buzzcocks, after all? Perhaps this is precisely the problem: In cleaning up the sound, Wavves now sounds like any number of bands. They’ve genericized their sound. As a result, to borrow Williams’ own phrase, I’m so bored.