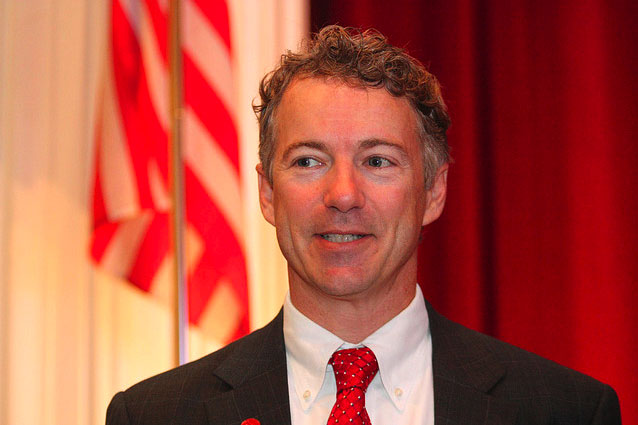 Kentucky Repubican Senate candidate Rand Paul has been busy showing his pro-coal bonafides in recent weeks. Last month, he told Details that mountaintop removal coal mining isn’t so bad, really; actually, it creates “enhanced value” for Appalachian land and just needs some rebranding. Now he’s going way out of his way to make it clear that he loves coal.

In a speech over the weekend, Paul targeted the Obama administration on coal, arguing that the president “cares nothing about Kentucky and cares even less about Kentucky coal.” He continued, as one might expect, with an assault on the Environmental Protection Agency’s efforts to regulate mountaintop removal and the Mine Safety and Health Administration’s efforts to protect workers:

“We have a president who is forcing the EPA down our throats,” Paul said. “Even without changing the rules, the EPA is stifling the permit process, and people (are) out of work here because of the president and his policies.

“With all due respect, Mr. President, you’re wrong, and you need to stay out of Kentucky affairs. And you need to keep the EPA out of our affairs because we need jobs, and we’re not going to get jobs with a busybody EPA that’s in our way.”

Paul made overtures to coal families by proclaiming himself a coal ally who would “defend your way of life.” The Bowling Green eye doctor has come under attack from members of the United Mine Workers who recently said they were alarmed by Paul’s suggestions in a magazine interview that elected officials in Washington shouldn’t be setting coal mining rules.

Opposition to any form of regulation is, of course, Paul’s standard operating procedure. But it’s worth noting that not all that long ago, his primary opponent was targeting him as not pro-coal enough, running ads that featured a clip of a Paul stump speech on behalf of his father’s presidential campaign in which he called coal “a very dirty form of energy.” So much for that.

Meanwhile, Paul’s Democratic opponent in the race, Attorney General Jack Conway, is far from anti-coal. He’s challenged the EPA’s conclusion that greenhouse gases threaten human health, and his spokesman has made it clear that Conway “opposes any and all cap-and-trade legislation.”

It may be a tight race, but one thing’s clear: Coal will win big in Kentucky this November.