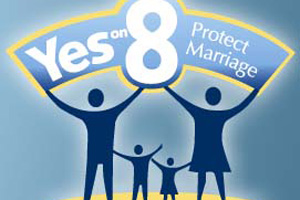 This story first appeared on the New Deal 2.0 website.

Notre Dame Law School Professor Gerard Bradley criticized United States District Court Judge Vaughan Walker, who heard the challenge to the constitutionality of California’s Proposition 8 on the grounds that the judge was unfit to hear the case if the reports that he was gay were correct (see my post on New Deal 2.0: “Gay Judges Need Not Apply“). Proposition 8 sought to overturn the decision of the California Supreme Court that it was unconstitutional to forbid gays to marry. Bradley also complained that the trial that Judge Walker conducted demonstrated his bias. Bradley claimed that everyone:

[C]ould probably agree with the explanation offered by conservative commentator Ed Whelan who has observed that Walker has been determined from the outset “to use the case to advance the cause of same-sex marriage.”

I do not doubt that Judge Walker made up his mind about Prop 8 before the trial began.

Bradley’s attack on Judge Walker as unfit to decide the case if the reports of him being gay were accurate has received considerable attention, but Bradley and Whelan’s attack on the trial itself is equally revealing. Bradley explained in his 2003 National Review article “Stand and Fight: Don’t Take Gay Marriage Lying Down” why he feared a trial by any judge. The fundamental problem for the anti-gay forces was the Supreme Court decision in Lawrence v. Texas declaring unconstitutional the state law making consensual adult sodomy a crime. The Supreme Court decision confirmed its unwillingness to treat “traditional attitudes towards homosexuality” as legitimate bases for discriminating against gays.

Bradley was writing to an audience that largely shared those “traditional attitudes towards homosexuality,” so he was unusually open about the nature of those attitudes.

Justice Scalia is surely right that “many Americans do not want [openly gay] persons . . . as partners in their business, as scoutmasters for their children . . . or as boarders in their home.”

Or as the newlyweds next door.

Bradley recognizes that whether we describe these “traditional attitudes” as revulsion, discrimination, or homophobia, they provide no rational basis for laws that discriminate against homosexuals.

Justice Scalia seems to say that the law limits marriage to one man and one woman because of society’s “moral disapprobation of homosexual conduct” (and says that the Court’s majority deems that motive unconstitutional). What would be the reasoned basis for that “disapprobation”? Feelings of repulsion won’t do, since feelings are not reasons at all.

Indeed, Scalia’s dissent proved the point that the majority made in Lawrence—the majority was discriminating because it despised a minority group, a classic violation of the equal protection clause of the 14th Amendment. Bradley warned his readers that trying to prove to a court that there was a “rational basis” for discriminating against gays was a disastrous legal strategy.

Hawaii tried to prove in same-sex-marriage litigation several years ago that “gay” households handicapped kids—in strictly non-moral, mostly psychological ways—in school and in life. It was a disaster; even the state’s experts couldn’t show that it was so.

This is why opponents of homosexual marriage are desperate to avoid any trial in which they would be required to support their claims that such marriages would harm heterosexuals’ marriages. Note that the disasters that Bradley fears are not televised hearings or the harassment of experts testifying in opposition to homosexual marriage. The disaster he fears is any fair trial because it will expose the fact the attacks on gays are baseless. He recognizes that this will cause immense harm to those that wish to discriminate against homosexuals by exposing their bias and by demonstrating that gays are normal rather than demonic. The single most important reason that Americans, particularly Americans under the age of 50, have dramatically reduced their antipathy for gays is that far more gays are now openly gay. Americans increasingly recognize that they are colleagues, friends, and relatives of gays and that gays are normal, rather than the despised “other.” Bradley understands that this normalization is the greatest threat to preserving discrimination against gays and is desperate to counter it.

The clock is running out for another reason, too: Same-sex marriage is rapidly being normalized, culturally and legally. Many same-sex couples already consider themselves married, and expect to be treated as such. In many jurisdictions they are—more or less, depending on how many concessions the law has made to them on adoption, survivors’ benefits, and the like.

Bradley was so convinced of the anti-gay forces’ inability to provide a rational basis for prohibiting homosexuals to marry that he proposed three strategies to restore the right to discriminate against gays. His initial strategy is simply a holding action designed to buy time to implement his primary strategy. He calls for massive resistance to gays from conservatives in every sector of society:

What then is to be done? Conservatives must hold the defensive lines—in state courts, in legislatures, in corporate America—as best they can. These efforts will come to naught, however, if the [Supreme] Court stays its course.

Bradley’s primary strategy is passage of a constitutional amendment removing the protection of the 14th amendment from homosexuals who wish to marry. His secondary strategy, which he believes would fail, is to create a new “natural law” theory that would provide a rational basis for the return of even the most draconian forms of discrimination against gays.

And so the rational basis of [sodomy] laws such as Texas’ was to protect and promote marriage, if in a very limited way.

But, as this example shows, and Bradley and Robert George, a fellow new natural law theorist, have acknowledged in their articles, the “rational bases” for prohibiting homosexual marriage that they claim arise from their theories cannot be demonstrated. Bradley supports upholding laws imprisoning gays for years on felony charges (for having consensual sex) in order to promote heterosexual marriages “in a very limited way.” He knows that he could not demonstrate this claimed rational basis if a trial were held at which he had to prove his assertions. This is why those hostile to gay rights feared a trial on Proposition 8 rather than relishing the opportunity to back up their claims in court.