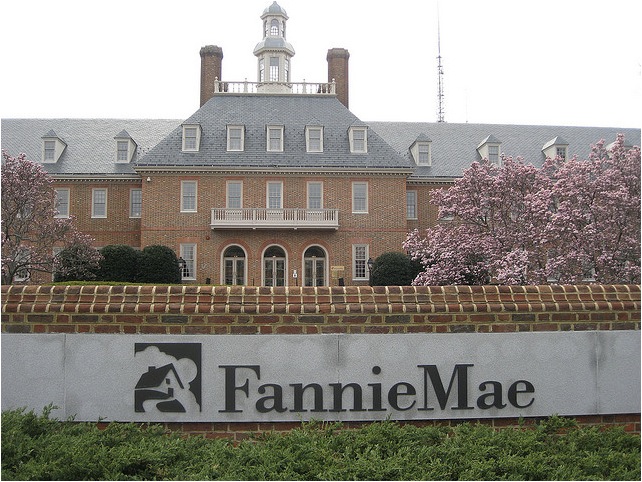 The utter failure of the Obama administration’s flagship homeowner rescue is, by now, common knowledge. But has Fannie Mae, the government-backed and taxpayer-supported housing finance company, played an active role in sabotaging Obama’s $75-billion bust of a program?

That’s the most explosive allegation leveled by Caroline Herron, a former Fannie executive who worked closely with the Treasury Department on the housing program, called the Home Affordable Modification Program. Herron’s claims appear in a suit, first reported on by Michael Hudson at the Center for Public Integrity, in which she alleges that Fannie fired her for criticizing the corporation’s handling of HAMP and blackballed her from working at Treasury, where she’d hoped to start a new job. Herron’s suit, available here, offers a damning critique of Fannie’s handling of HAMP, saying the company put the pursuit of easy profits above helping American homeowners—even though it’s ultimately American taxpayers who’ve kept Fannie afloat with more than $85 billion in bailout funds.

Here’s one passage from Herron’s suit:

“It appeared that Fannie Mae officers were focused on maximizing incentive payments available to Fannie Mae under various federal programs—even if this meant wasting taxpayer money and delaying the implementation of high-priority Treasury programs.”

As the suit explains, Fannie received “substantive” incentive payments by getting homeowners modified mortgage deals on a temporary basis. In HAMP, you see, the homeowner first goes through a multiple-month trial run with lower payments. If the homeowner stays current during the trial run, the modification should theoretically be converted into a permanent modification, with the lower terms applying for three to five years. A three- or four-month trial mod doesn’t do a homeowner much good—but those trial runs did put money in Fannie’s pocket. As CPI’s Hudson reports,

Herron charges that Fannie Mae continued in headlong pursuit of “trial mods” even though it knew many had little chance of becoming permanent. As late as September 2009, barely 1 percent of trial modifications had converted to permanent modifications by the end of their three-month trial, a Congressional oversight panel found. Nevertheless, Fannie preferred doing trials, Herron alleges, because it was eligible to receive incentive payments from the Treasury Department for trial modifications it booked before the end of 2009.

To its credit, the Treasury Department wanted a portal for HAMP, and asked Fannie to get one into place. Herron, however, alleges that Fannie did everything it could to block the portal and resist Treasury’s request, which would’ve boosted HAMP. In other words, the company Treasury hired to run large parts of HAMP actively prevented the program from helping as many homeowners as it could. Herron’s suit says she fought Fannie’s attempts to block the portal, and that action led to her firing.

In all, Herron’s allegations, if accurate, offer a damning look at how Fannie, already marred by years of mismanagement and accounting controversies, repeatedly undermined HAMP, the bailout-funded program created with regular Americans (and not big banks) in mind. Still, HAMP has mostly been a disaster and waste of taxpayer money. And little wonder why: The people running the show are dooming it fail.