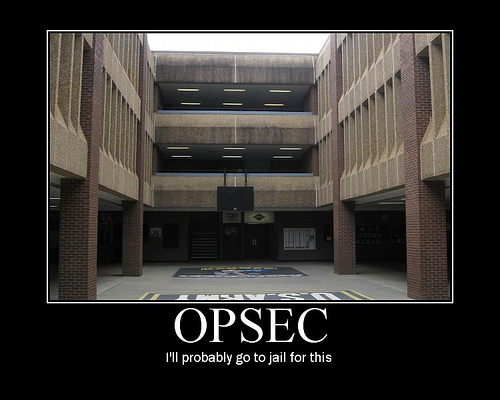 Here’s a cliche for you: A little knowledge is a dangerous thing. And here’s a fact: A little knowledge is precisely what Julian Assange and his WikiLeaks cohorts have given us in the “Afghan War Diary.” The intimation by Assange (and the media outlets he cherry-picked to preview the data) is that these are the Pentagon Papers of the Afghan war. Certainly there are a few eyebrow-raising details in the bunch, as Mark Mazzetti, Chris Chivers & Co. at the New York Times point out. But in truth, there’s not much there. I know, because I’ve seen many of these reports before—at least, thousands of similar ones from Iraq, when I was a contractor there last year.

I haven’t been through everything yet, but most of what you see on WikiLeaks are military SIGACTS (significant activity reports). These are theoretically accessible by anyone in Iraq, Afghanistan, or the Tampa, Florida-based US Central Command—soldiers and contractors—who have access to the military’s most basic intranet for sensitive data, the Secret Internet Protocol Router Network (SIPRNet). Literally thousands of people in hundreds of locations could read them, and any one of them could be the source for WikiLeaks’ data. I regularly went through the daily SIGACT reports in Iraq, not because my job required it, but because my colleagues and I were curious. We heard mortars or car bombs explode in the distance at night, and we couldn’t help but wonder: What the hell was that? Every time a US unit engaged the enemy, encountered munitions, saw or heard something go boom, caught a criminal, or located a weapons cache, a report was filed. So, each morning when I entered my office on Camp Victory, I fired up my SIPR terminal and checked the SIGACTS for interesting stuff.

The first time I did it, my pupils dilated. A vein in my throat warmed. The reporter in me did backflips. I was about to breathe pure oxygen.

By day three or four, I was bored to tears. Here’s what I learned:

Some SIGACTS are more detailed than others; most are mundane. Only a few in WikiLeaks’ bunch fall in the former category. For example, an October 2009 missive provides harrowing details of a battle in which Combat Outpost Keating was overrun by Taliban fighters; Chivers at the NYT did an amazing job of reconstructing that terrible massacre, in which eight US soldiers died and 23 were wounded. But most SIGACTS are much more routine-sounding; for instance, the Battle of Wanat on July 13, 2008, was actually the deadliest battle of the war for US forces so far, and a source of major controversy. Yet its secret report sounds dull by comparison.

Probably the most significant thing about the SIGACTS is that they’re counted and graphed by the military as a metric of how we’re doing, and the obvious thing about the Afghan War Diary is that there are tons more entries for recent months in 2008 and 2009 than there were in previous months through the war. That’s also a function of numbers of US and coalition forces; just as crime goes up when you put more cops on the street, SIGACTS probably should go up when you put more boots on the ground. And bear in mind, it’s not an apples-to-apples comparison; more SIGACTS may mean more good things, like arrests and caches found, rather than civilian and coalition casualties. Even so, the most recent numbers are pretty sobering.

There are two categories of data in the WikiLeaks files that could be really interesting—and could cause some serious repercussions. One is the military’s FRAGOs, fragmentary orders. These are strategic directives from headquarter to junior military commands in the field, and they cover pretty much everything—from orders on how to deal with detainees to an on-base visit by the wrestling stars of WWE. WikiLeaks provides a log of these FRAGOs, but doesn’t have the orders themselves. It’s a great bibliographic resource for reporters with time on their hands to file a FOIA request for the actual orders. But in the meantime, it’s not much by itself.

The other interesting data are notes from what the military calls KLEs—key leader engagements. Military officers, as well as officials from State, USAID, and other agencies regularly meet with important players in a war zone to get their take on the situation. Often they’re dull and tell the interviewers little they didn’t already know; sometimes, though, they give insight to “atmospherics”—how Afghan locals feel about US forces or the Taliban. Many of these key leaders take their lives into their hands; from my experience in Iraq, I know that numerous Shiites, Sunnis and Kurds with high standing among their tribes—and among our enemies—took time to brief US officials, often to dish dirt on crooked or violent elements in their vicinity. If they were ever outed as collaborators with American forces, they’d be as good as dead. And Wikileaks has 16 pages of secret military KLEs with individuals and groups in Afghanistan, spanning six years. No names are redacted. In this case, what retired general James Jones, the White House national security adviser, said yesterday is correct: WL is putting some lives at serious risk with that particular data dump.

I’ll keep running through to see if there’s anything else of importance. But most of this information is tactical nuts and bolts, devoid of context, and largely useless for a war narrative; what would be far more valuable than this stuff is the strategic/political data: military info that’s TOP SECRET or above, which I haven’t seen yet; or stuff from the State Department or provincial reconstruction teams (PRTs). (One interesting item: A November 2006 report on the WL site suggests that at least one PRT—a team of anthropologists, political and developmental specialists, and soldiers sent out to assist local Afghans in rebuilding their nation—engaged in propaganda, feeding broadcast information to local radio stations. It’s not exactly damning, but it doesn’t quite jibe with the PRTs’ benevolent mission statement, either.)

By and large, like most of the stunts pulled by Assange, this one’s long on heat and short on light, nothing you didn’t already know if you were paying attention to our wars. (And to the extent that you weren’t, well, I guess the leak is on the whole a good thing.) For the best color commentary on this document dump, check out the very succinct analysis of Abu Muqawama at the Center for a New American Security. He pretty much says it all.