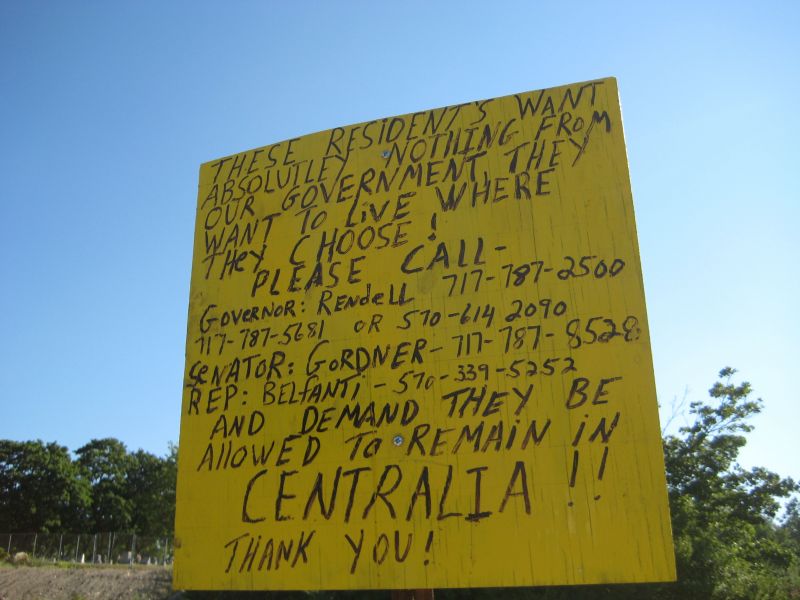 Centralia, Pennsylvania—As I’ve mentioned earlier, one of my interests in this trip is reexamining the map—looking at alternative versions of what the atlas of the United States might look like in the past and present. Perhaps nowhere in America is that vision more clearly defined than in Centralia, where, since 1962, an underground coal fire has smudged, if not entirely erased, an entire village from the map. 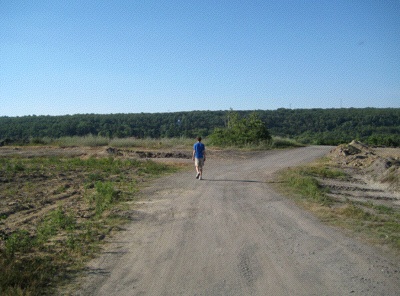 If Centralia looked a bit more bombed out, it might be less jarring. Thick plumes of smoke and dilapidated shotgun houses are in many ways easier to deal with than a disaster you can’t really see. But the town’s impact lies in its modest hold on all the senses: Smoke wafting out of small vents on the side of a hill; roads that branch off the state highway but lead to nowhere; carbon monoxide; potholes, cooked by the fires below, which feel like Easy-Bake Ovens. And the sulphur. I went to Iceland, once, when I was barely a teenager, and remember the smell of rotten eggs when I took showers or passed by any sort of geothermal activity, but all the rotten eggs in Altoona couldn’t accomplish the same level of unease as my 15 minutes in Centralia. It looks, feels, and smells like the day after the death of civilization. Save for Centralia’s last nine residents—who have been ordered to leave by the governor—the only places still showing signs of life are, well, dead: Amid the ruin, the town’s cemeteries are immaculately maintained, with fresh-cut flowers and American flags for the veterans.

I was struggling to properly articulate my thoughts on the town, when a middle-aged woman, visiting from southeast Arkansas, offered an epitath: “I think this is a foretaste of hell.”

That Centralia has attracted a family from Arkansas is noteworthy, but not unusual. We’re joined by a half dozen or so visitors over a quarter of an hour, including a couple from Delaware who have brought their six-year-old daughter, beanie baby in tow. A family of five, teenagers and adults, skampers out of their minivan toward where I’m standing. “Hey, where’s the smoke, yo?” one of them asks.

Centralia represents more than just the death of a community; in the broader context of climate change, subterranean coal fires are a largely uncharted variable. They aren’t even included in many emissions calculations, but there’s plenty of evidence that they contribute a not-insignificant chunk of greenhouse gases into the atmosphere each year. Which is to say we ignore it at our own peril. Coal fires can occur naturally, but in this case, it was a 100-percent man-made disaster: A combination of burning garbage and an abandoned strip mine was the likely cause of the fire. Now, even as the last residents fight to stay, a coal giant is preparing to take over the town, which still houses about $1 billion worth of precious, unburned anthracite.

Pull your eyes away from the scorched earth, look to the east, and you can see wind-power turbines whirring lazily against the blue sky. If Centralia really is a foretaste of hell, it’s made all the more wicked by the droning taunt of salvation, perpetually out of reach. 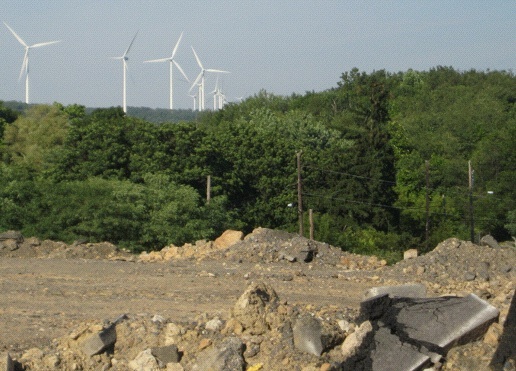