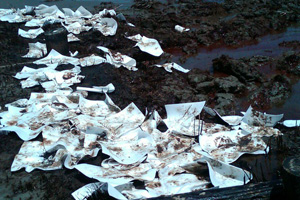 You know Isle Grande Terre, Louisiana, from the unbelievable pictures of oiled birds taken there last week. It’s also the island just to the east of Grand Isle, which I’ve been reporting on since oil made landfall there several weeks ago. I wanted to check up on Grande Terre, and so to get there, and avoid a BP escort, yesterday I got in a kayak with my intrepid former literature professor from the University of New Orleans and paddler extraordinaire, Dr. John Hazlett.

On the way, we beached ourselves on an uninhabited spit near Grand Isle State Park. It was completely covered in oil, and there were no cleanup crews in sight. 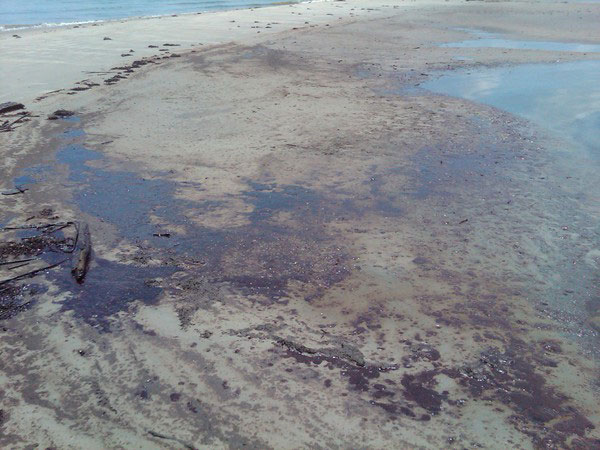 Nor was there any boom across Barataria Pass, which is a gateway to wetlands: 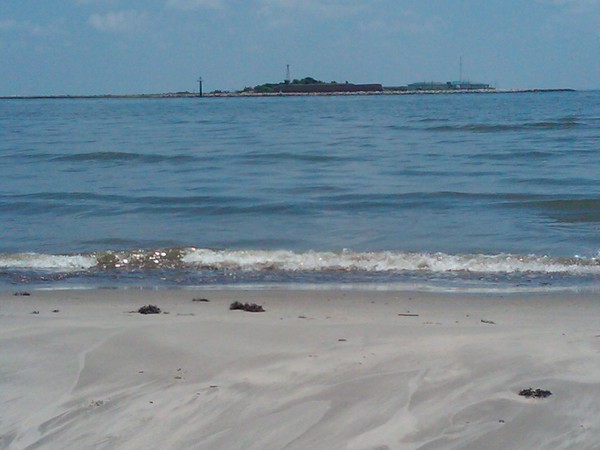 After a while, a Louisiana Department of Wildlife and Fisheries employee trailing half a dozen big & tall men behind her appeared. She flagged us down and told us nobody should be walking on that beach because it was a wildlife reserve. Which, considering the amount of oil (massive) and level of cleanup taking place (none), was pretty alarming. Plus, as a big guy next to her wearing a shirt from ES&H, the main cleanup contractor here, said, “We don’t need this on camera.” Which is why BP’s contractors have their workers on a gag order: because sometimes they say stupid shit like that.

We paddled on and pulled up on Grande Terre, where the oil stretched as far as we could see in deep dark pools. We encountered a cleanup crew supervisor gunning around on his ATV, who said there were all of 30 workers on the whole island, which he said is five miles long. For the hour we walked around, only three of them were working anyway, while the rest sat in the shade. And the work consisted of somewhat haphazardly laying down paper towels. [Update/clarification: Though the workers referred to them as paper towels, they are indeed slightly thicker, oil-absorbent pads, as several commenters have pointed out. Since that wouldn’t be clear to everyone from the pictures, I should have been less cheeky and more specific: These are very fancy towels that a few dudes are dropping along the shore to combat the multimillion-gallon spill.] 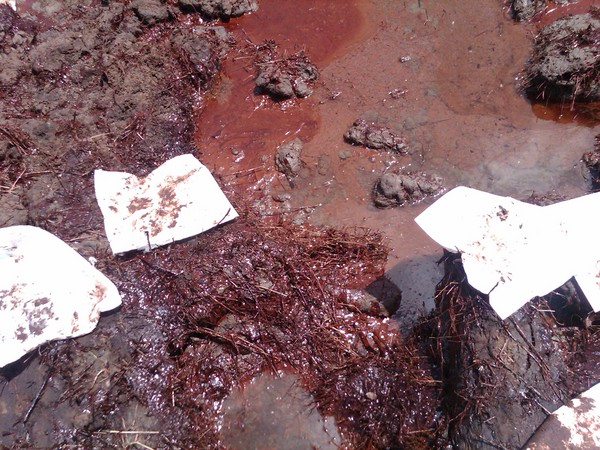 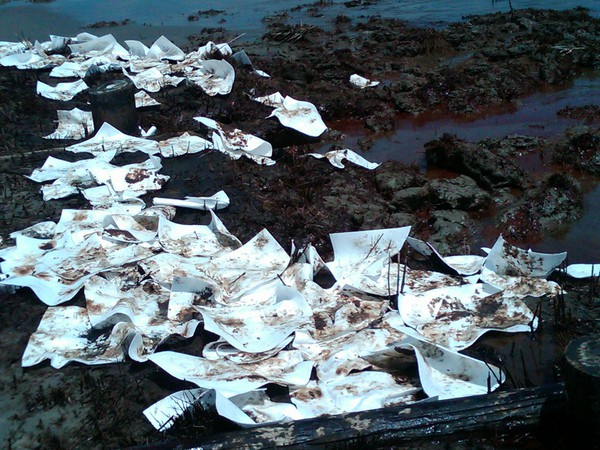 Also, we found a dead dolphin. 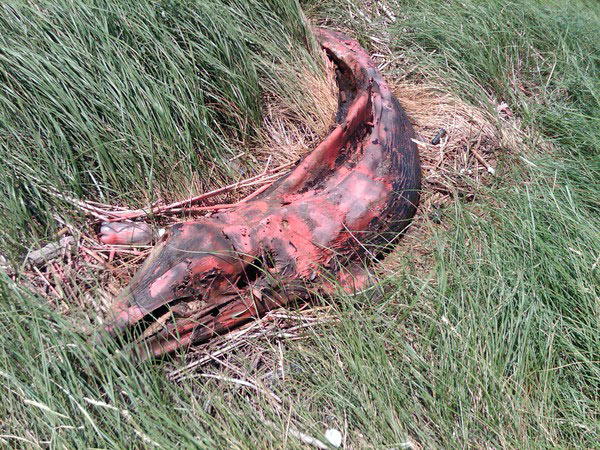 That was about all we could take, what with a heat index of 105 and the rowing we had to do back to Grand Isle and I was already getting a little woozy. At least I kept my wits enough about me to remember to keep my mouth closed when waves splashed water thick with oil into my face. I suppose the 60 or so dolphins swimming the pass with us don’t have that option; things got a little (more) depressing in the kayak when we saw that they were blowing it out through their holes. They’d probably like to take the double scrubbing-down with dishwashing liquid we took when we got home, too.