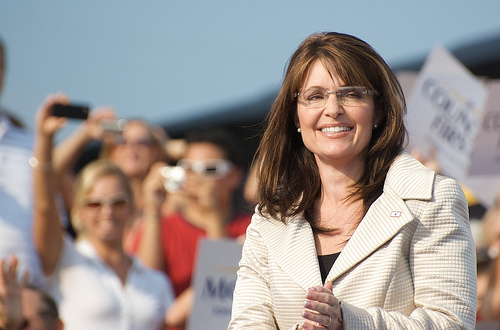 Transocean, the owner of the Deepwater Horizon rig that exploded and is still spewing millions of gallons of crude oil into the Gulf of Mexico, is sending a message loud and clear: it intends to assume very little financial responsibility for the disaster. In a filing submitted to a federal court in Houston this week, the company has invoked an obscure, 159-year-old law to contend that it should only have to pay for the cost of salvaging the debris of the rig from the ocean.

This is a claim so outrageous that even Sarah Palin is complaining about it. The former-half-term Governor of Alaska and drilling cheerleader-in-chief took to Twitter late on Thursday to lambaste Transocean:

Oil spill states:FIGHT that 150-yr-old,irrelevant maritime law thats used as claim to NOT apply remedy to innocent injured people;Alaska did

Palin is referring to the aftermath of Exxon Valdez spill in Alaska’s Prince William Sound in 1989, when Exxon also attempted to use the Limitation of Shipowner’s Liability Act of 1851 to curb its liability for the incident. The company wasn’t successful, though it managed to drag out the legal case for almost two decades and ultimately paid just $500 million in damages—a fraction of the disaster’s total cost.

The Deepwater Horizon rig was valued at $500 million before it blew up on April 20 and later sank to the bottom of the Gulf of Mexico. Now it’s worth only $27 million. If Transocean’s bid is successful, the company could dodge paying not only any environmental damages, but also for compensating its employees who were injured in the blast. McClatchy reports:

In a statement, Transocean said the court petition was filed at the request of its insurance companies, and the petition will allow the company to consolidate all outstanding lawsuits before a single federal judge in Houston. The company said it now faces more than 100 lawsuits over the spill in several states.

Lawyers for those injured in the blast said the petition could also prevent any claims filed more than six months after the accident.

“It’s very unfair,” said Matthew Shaffer, a Houston attorney who represents a handful of Transocean employees injured in the blast. “It’s a slap in the face to anyone who has been injured because of their negligence.”

It remains murky which of the companies involved in the spill deserves the lion’s share of the blame. BP maintains that the problem was with Transocean’s rig; Transocean blames contractor Halliburton for a bad cement job. Halliburton says it was just following orders from BP.

But regardless of who’s the biggest culprit, it’s rather rich for Palin to be posing as the champion of those injured by the spill. Even in the midst of the disaster, she was defending offshore drilling (including in a Facebook post titled “Domestic Drilling: Why We Can Still Believe”). “I want our country to be able to trust the oil industry,” she said in a recent speech. But as all three of the major players in the Gulf spill scramble to avoid responsibility, it’s not clear why Palin thinks the industry has earned that trust.