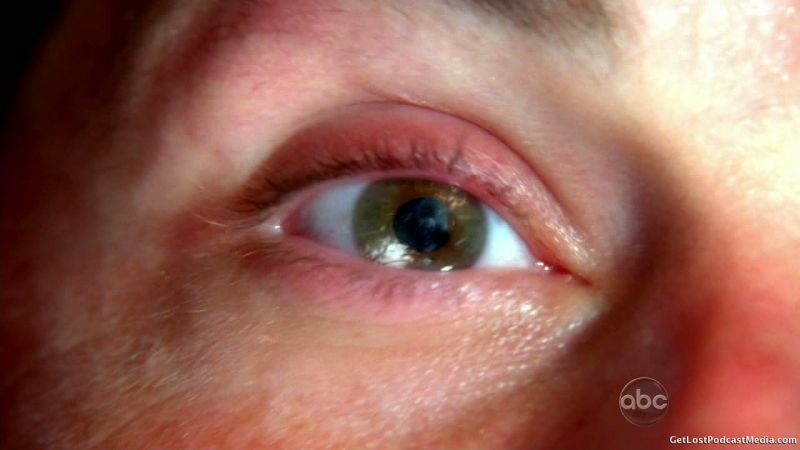 So, you may have heard, LOST ended last night after six years of jungle whispers, polar bears, and love triangles. And while the ending didn’t suck as much as it could have, the ending still (unsurprisingly) left lots of loose ends. Such as who built the huge Egyptian statue and inscribed hieroglyphs on everything? What about the Hurley bird? Why did Walt have such a connection with the island, only to be totally dropped a season later? And what effect did the island have on fertility?

Those “dead ends” aside, I’m of the opinion that the Oceanic #815 passengers did NOT die upon impact, though being ghosts is one of the only reasons I could think of for the Losties to look so healthy despite living on mostly fruit and Dharma rations while hiking and fighting daily. I do believe, however, that Hurley indeed took the reins (reign?) from Jack and ruled the island better than Jacob. Hurley’s got heart and his #2 Ben Linus has brains, so they’d probably make a balanced team. The Hugo-is-King section of the island’s history, coincidentally, leaves lots of space open for a spin-off or movie. How convenient.

The climax of the episode, for me, was definitely the conversation between dead Jack and his dead Jack’s dead father. With a few words, Christian Shepard perfectly exemplified the larger trend of LOST writers creating conversations where one character flips everything on end with a simple statement or question. The other-dimensional, non-denominational church where the two men spoke also reflected the LOST trend of LOST writers inserting things that make no damn sense. I can accept that the church is a flash way forward, to a time long after Jack died and some other characters have died as well. But the very existence of the church as something the Losties “created” doesn’t hold water for me. And if these characters needed each other to help one another “move on,” there were key absences like that of Mr. Eko, who inspired John Locke to have faith in himself and guided several other characters as well. And baby Aaron? Is he dead too? If so, that’s pretty harsh, even by TV standards.

True to LOST style, though, there were a lot of nice Christian allusions in last night’s finale. There was Jack’s neck wound that kept recurring, stigmata-like, and his fatal, Christ-like wound to the abdomen. Also like Jesus, Jack is near death as he wanders in a wilderness, ruminating on his fate and that of his followers. LOST has also been known for its use of foreshadowing, like this shot that shows Jack with a skull for a head before he actually dies, and (less subtle) Hurley saying repeatedly how glad he is it isn’t him shortly before Jack annoints him as his earthly successor. Another LOST trademark: Star Wars references. Lots of Star Wars.

Speaking of Christiantiy, the message the LOST writers kept pushing in this finale was forgiveness and to “let go.” That really nothing matters except our loved ones and relationships and being able to forgive ourselves for past wrongs. This was pushed ad nauseaum by characters experiencing golden-hued flashbacks set to a throbbing score, but the target audience was viewers. The show’s creators want fans to just “let go” of all the red herrings and dead ends and forgive the huge plot holes writers dug themselves into sometime around the end of season two. Technically, the writers are right that the island isn’t purgatory. But yet, purgatory is still a huge part of the series. It doesn’t matter, say the writers. “What happened, happened.” Just enjoy what you have. Don’t harsh the mellow. But for fans who’ve spent six years following the series, it’s not that easy.

The creators of LOST dug themselves such a spectacularly deep and meandering hole (time travel, anyone?) that death may have literally been the only thing they could come up with for the finale. I would have loved more concrete answers, but LOST decided to try to re-capture what made it great in the first place: its characters. Whether it failed or succeeded is a matter of opinion. Here’s a sampling of what bloggers are saying today. Feel free to add your own questions and opinions into the comment thread.

Washington Post‘s Celebritology: “I felt a little shortchanged by the fact that we never saw Jacob die or evaporate into the ether… suddenly Jack was all man of faith standing in the baptismal water, telling Sawyer he felt pretty much the same.”

LOSTAddicts: “I can not think of a more fitting end to the show that captured our imagination for 6 years. There is only one way to definitively END a story.”

Slate.com TV Club: “I count myself among the frustrated. Or worse. Frankly, I was insulted by the revelations about the sideways universe.”

DarkUFO: “Leaving a great deal of ambiguity around the mythological aspects might have been more acceptable had Lost not harped on them so fervently this season. In this sense, I’m not sure that “The End” made for a terrific season 6 finale (since the season was so focused on Jacob and the Man in Black), but overall it was a great finale for Lost (which is, ultimately, character-based).”