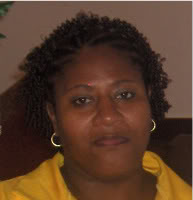 After being convicted on questionable evidence, Jamie Scott and her sister Gladys received two consecutive life sentences apiece for a 1993 armed robbery in which no one was hurt and the take was $11. As I wrote back in March, this unwarranted life sentence is at risk of becoming a death sentence for Jamie Scott, who is gravely ill, due to the care she is receiving at Central Mississippi Correctional Facility (CMCF) in Pearl. Since we first covered the story, Jamie’s condition has, if anything, grown still more critical.

Now 38, Jamie has been diagnosed with end-stage renal disease, and requires dialysis to stay alive. Rather than let her leave for dialysis, the prison brought in a machine that according to Jamie broke down periodically. She has had one complication after another, including multiple infections at the site of her dialysis shunt. She has been rushed to the hospital several times, only to be promptly returned to prison the moment her condition is deemed “stabilized.” According to her mother, Evelyn Rasco, Jamie’s most recent hospital visit took place when her veins collapsed and she was unable to walk. This time, according to Rasco, the doctor at the hospital said he refused to allow his patient to go back to prison because she would surely die there. But the Mississippi Department of Corrections had its way, and back she went.

In the following letter, written a few weeks ago, Jamie Scott says, “I have witness many inmates die at the hands of this second rate medical care. I do not want to be one of them.” The letter was provided to Solitary Watch by Nancy Lockhart, a paralegal who works with the wrongfully convicted, and has been advocating for Scott for some time:

The living condition in quickbed area is not fit for any human to live in. I have been incarcerated for 15 years 6 months now and this is the worst I have ever experience. When it rain out side it rain inside. The zone flood like a river. The rain comes down on our heads and we have to try to get sheets and blankets to try to stop it from wetting our beds and personnel property…I am fully aware that we are in prison, but no one should have to live in such harsh condition. I am paranoid of catching anything because of what I have been going throw with my medical condition.

They have 116 inmates on each wing, and we live not five feet from each other in order to pack us in. We have the blowers on the ceiling and if the inmates are acting crazy or the staff come in mad they use the blowers as a form of punishment…

Do I sound angry, I am not I am hurt and sick. Because they have allowed my kidney to progress to stage five which been the highest. They told me years ago I had protein in my urine, but I went years without any help. Now, it seen the eyes are on me because my family are on their case. Every inmate is not without family. Yes, you do have many inmates that family have giving up on, but my sister and I are not them…

They use unlawful punishments to try to shut us up. I need help. I need a inmate to help me, but for some reason they will not allow me to move with my sister, so she can help me… My sister [Gladys Scott] and I were housed together for over ten years and not once have we ever caused any problem. We were split up because in 2003 the Commissioner came with the order to separate all family members…

Now that I am sitting everyday because of my sickness I have time to use my typewriter. MDOC have gotten away with to much. In addition, some of the things that go on here I truly believe that Mr. Epps [Commissioner of the Mississippi Department of Corrections] do not know.

More information on grassroots efforts around Jamie Scott’s case, including a current letter-writing campaign to get her better care, can be found at Free the Scott Sisters.