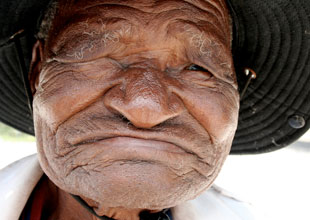 When I was fired by the new owners of the Village Voice in 2006, after working there for 30 years, it had nothing to do with age discrimination. At least, that’s what the official documents say.

For a number of reasons, I initially suspected that age had something to do with it. But I must have been wrong, because I later signed an agreement saying I had not been discriminated against on the basis of age. The document also happened to say that I would get some severance benefits I really needed, being 69 years old and suddenly jobless—but I’m sure that didn’t affect my decision to sign it.

I have no doubt that the following scenario is experienced by thousands of older Americans who lose their jobs. They are pretty sure they know what is going on, and why. They discuss it with their attorneys, who are sympathetic but explain how difficult it is to prevail in such cases. The lawyers also tell them that the case could drag on for years—implying, though they don’t like to say so, that the geezers could be dead before it is resolved. So the geezers tell their lawyers to negotiate the best deal they can, and sign whatever they need to sign in order to get that deal. Or so I’ve heard.

Age discrimination in the workplace (something that I, as I’ve said, did not experience), has always been notoriously difficult to prove to the satisfaction of the American justice system. But last June, the Supreme Court made it all the more difficult with its 5-4 ruling in Gross v. FBL Financial Services, Inc. The Court held that for workers to sue under the Age Discrimination in Employment Act of 1967, they must prove that the employer would not have taken a particular action “but for” the person’s age. This sets age discrimination apart from all other forms of discrimination in the eyes of the law. As the New York Times put it in an editorial criticizing the Court’s decision:

When employers discriminate, they generally do not admit it, so Congress and the courts have established calibrated rules of proof to give victims a fair chance. Generally, if workers can show that an illegal consideration, like race or national origin, was a factor in their being fired or demoted, the employer then has the burden of showing that it acted for nondiscriminatory reasons.

That should be the rule under the Age Discrimination in Employment Act of 1967, but the Supreme Court, by a 5-to-4 vote, decided that it is not. Older workers, Justice Clarence Thomas declared for the majority, have the full burden of proving that they were fired because of their age. That is an unfairly difficult standard, and it is an unreasonable interpretation of the law.

Today, the Health, Employment, Labor, and Pensions (HELP) Subcommittee of the House Committee on Education and Labor held its first hearing on the Court’s ruling and the proposed legislation. As the Legal Times blog reports:

The AARP is supporting the legislation, and Gail Aldrick, vice chair of the group’s board, also testified today. Those registered to lobby on the bill include the National Association of Manufacturers and the U.S. Chamber of Commerce.

Eric Dreiband, partner in a firm that does corporate defense work, testified in opposition to the bill, calling it a “broad and ambiguous” measure that would “enable some lawyers to earn more money” but probably wouldn’t help older workers all that much.

But Michael Foreman, who directs the Civil Rights Appellate Clinic at Penn State’s law school, called the proposed legislation a “fair, balanced, indeed conservative attempt to return the law to where everyone, the courts included, thought it was” before the Gross decision.

The final testimony came from Jack Gross, plaintiff in the case that bears his name. At the age of 54, Gross was demoted by his employer, FBL—along with a group of other employees over 50 who refused to accept buyouts. He initially won his lawsuit against FBL, but it was appealed up to the Supreme Court, which decided against him. Gross told the Committee: “I hate having my name associated with the pain and injustice now being inflicted on older workers.”

In the unlikely event that Democrats succeed in quickly passing the new law, it won’t come a moment too soon. According to the Equal Employment Opportunity Commission, the recession has been terrible for older workers, appear to have suffered more than their fair share of layoffs. In 2008, the EEOC saw a 30 percent increase in the filing of age discrimination charges, which outpaced all other types of bias claims. The numbers were so dramatic that the acting chair of the EEOC wondered whether “the public generally realizes that age discrimination is illegal.”

It seems to me that even if they do know it’s illegal, much of the public—like the courts—don’t seem to take age discrimination too seriously.

But of course, I really wouldn’t know.

This story was originally posted on James Ridgeway’s blog about the politics of aging, “Unsilent Generation.”