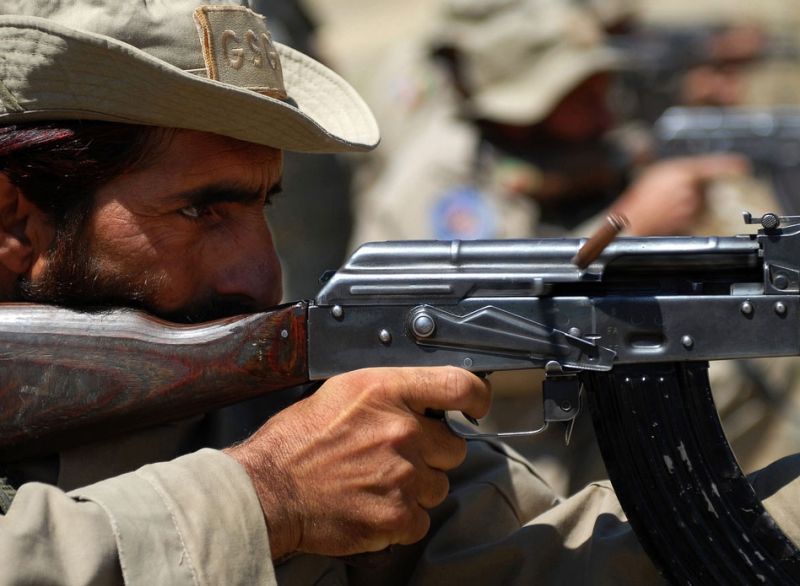 Shortly before departing Kabul to accompany President Hamid Karzai on a state visit to Washington, Interior Minister Haneef Atmar delivered a message to the country’s myriad private security operations: You can’t get away with murder. Anymore, at least.

Following recent incidents in which two civilians were gunned down, Atmar banned a pair of security companies—Compass and Watan Risk Management—from providing their services on the Kabul-to-Kandahar highway, where the shootings occurred. Additionally, the alleged perpetrators were arrested and are facing prosecution.

In the past, undisciplined and reckless guards, many of them locals drawn from the ranks of militias or moonlighting members of the national police force, have been known to fire wildly and indiscriminately, sometimes wounding or killing civilians; Compass guards were previously blamed for the death of a Canadian soldier. But, when these episodes occur, there has often been little in the way of consequences. As a result, outrage has mounted among Afghans who believe the country’s many security firms—some of them glorified militias—operate with impunity. Military officials have expressed concern about the irresponsible actions of security contractors as well, since their conduct directly undermines the principles of counterinsurgency, which calls for protecting the populace even at the expense of protecting the troops.

According to Atmar, times are changing. “The level of tolerance of misconduct when it comes to these organizations is zero,” he told me on Thursday, at a State Department event attended by a handful of Afghan cabinet members. “They have had all the time to develop their capacities to professionally provide a service. Now if they fail to do that very, very serious legal action will be taken.”

By suspending Compass and Watan Risk Management, Atmar is taking on two of Afghanistan’s biggest—and one of its most politically connected—firms. Watan is run by Ahmad and Rashid Popal, relatives of the Afghan president. It is one of a group of companies—including a lucrative trucking operation run by the Georgetown-educated son of Afghanistan’s defense minister—currently under investigation by a congressional subcommittee probing allegations of payoffs to the Taliban and local powerbrokers in exchange for the safe passage of convoys on dangerous stretches of road.

Just how far is Atmar willing to take his zero tolerance policy? While he may have temporarily sidelined Compass and Watan from running the Kabul-to-Kandahar highway, he suggested that he’ll “most likely be amenable to allow them to work” once a few “basic conditions” are met. Among other things, he’s seeking compensation for the families of the victims and “guarantees that this will not happen again.” And if it does? Perhaps that will be the real test of Atmar’s crackdown.