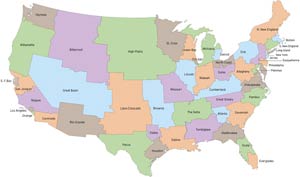 Last week I spoke with Greg Koger, author of a new book on the history of the filibuster. You’ll never guess what we talked about. The interview is up here and it’s worth a look, but there was one bit of our conversation that didn’t make it into the final product, which I think is still worth noting.

Koger pointed out that one unintended consequence of filibuster reform would be that the Senate would start to act more like the House. As he puts it, “that’s not necessarily a good thing.” Since it sounded like an argument against majority rule, I asked him (in so many words) why he hates democracy.  Here’s what he said:

It’s not clear what majority rule means in the context of the Senate. The Senate’s one of the most malapportioned legislatures anywhere! On the one hand you can tell the story where a bare majority of the Senate represents a very small proportion of the American population. And then the counterargument is that 41 Senators representing an even smaller portion of the population can block legislation. Either way, the main point is that the Senate is a very malapportioned body…so the ability to muster a majority doesn’t necessarily mean that the national interest is being served.

This is a pretty important point and one that gets overlooked a lot when talking about something like the filibuster. But I think it lets the chamber off a little easy: One of the reasons the Senate is so malapportioned in the first place is because the admission of largely unpopulated states to the Union was determined by…the United States Senate. It’s kind of a self-fulfilling failure.

As Koger notes in his book, the 50 states we have today (and the states we don’t have) are in many cases direct consequences of Senate dysfunction. The admittance of Alaska and Hawaii was delayed by more than a decade because southern senators feared that two states with significant non-white populations might be inclined to support constitutional rights for non-whites. Eek! The admission of not one but two (2!) unpopulated Dakotas in the late 19th century, meanwhile, was also the product of partisan dysfunction. And then, of course, there’s Washington, DC, whose two would-be Democratic senators pretty much guarantee that the District won’t become a state any time soon.

In other words, in a world without a filibuster (or any of the myriad tools of parliamentary obstruction), the United States would look and feel a lot different. In any case, here‘s a neat map of what the United States might look like if its states actually did have equal populations.