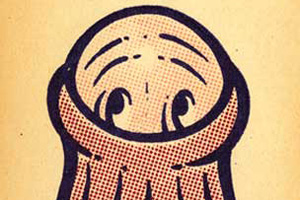 LAST NOVEMBER, Christopher, a 30-year-old expecting dad, updated his Facebook status: “Those of you who had boys, did you circumcise him? If not, why? KTHANKS.” The question elicited a flurry of responses: “We think it’s genital mutilation,” replied one-half of a lesbian couple in Atlanta. “I’d say it bothered him for a few days afterwards,” responded a new mom in Texas, “but I would not say he was in excruciating pain.” A New Jersey mother noted that the only intact boy she knew needed surgery due to chronic infections, warning, “You have to be extra vigilant about keeping the cheese outta there.”

“The volume of discussion we’ve had about this is really incredible,” Christopher told me. Circumcision has become the expecting-parent-obsession du jour, gaining ground fast on classic yuppie conundrums like cribs vs. cosleeping. Authors and parents Michael Chabon and Neal Pollack have written about agonizing over the decision. (Chabon calls circumcision “the first of many betrayals that you will subject your kids to.”) Pundits Andrew Sullivan and Christopher Hitchens call the practice “mutilation.” The vociferous anti-circumcision movement includes men trying to restore their foreskins (by attaching small weights to what’s left of the flap). Julie Adler, a California rabbi who trains mohels to perform circumcisions, says Jewish parents are questioning the practice, even though their religion mandates it.

Just a few decades ago, circumcision was a virtual nondecision for new parents in the US. In the late 19th century, doctors believed snipping foreskin could cure a laundry list of ailments, including hernia, epilepsy, and indigestion. Early studies on the topic in the ’30s indicated that circumcision decreased a man’s susceptibility to penile cancer, and by the late ’70s, 64 percent of newborn American males were cut. By 2006, that number had dwindled to 56 percent. Immigration trends may be partially responsible for the drop-off: Worldwide, only a third of men are circumcised (pdf). Few modern doctors consider the procedure medically necessary: The rate of penile cancer in the US is vanishingly small to begin with. But Armin Brott, the author of a series of parenting books, says another factor was the natural childbirth movement that began in the ’70s, which advocated “less medical intervention, fewer procedures, having your baby your way.”

But the medical community may be poised to change its mind yet again. Recent studies have found that circumcised adult men in Africa have lower rates of HIV and other STDs—as much as 35 percent lower in the case of HPV. Researchers say this is because uncircumcised men are more vulnerable to infection—foreskin can tear and contains mucosal cells that easily pick up viruses. In light of these studies, the Centers for Disease Control and Prevention is weighing recommending the surgery as part of its HIV/AIDS-prevention strategy. But University of Michigan epidemiologist Divya Patel believes that because of differences in health care systems, modes of transmission of HIV, and age of sexual debut, the new data is not directly applicable to the US.

Sexual debut. Right. It’s never too early to start thinking about your newborn’s romantic career. A 1997 study reported that circumcised men were 33 percent more likely to receive oral sex than their uncut counterparts. But Debby Herbenick, author of Because It Feels Good: A Woman’s Guide to Sexual Pleasure and Satisfaction, says her research shows only a minority of college coeds are skeeved by a hooded penis. Anti-circ groups routinely claim that cut men feel less pleasure, since they lack about 15 square inches of sensitive tissue. Adult film star Rocco Siffredi (nom de guerre: Italian Stallion) says he found that out the hard way when he was circumcised at 31 for hygiene reasons. Siffredi, who calls his decision “catastrophic,” says that with a foreskin, “you can feel much more fun.”

Some recent parenting books suggest parents go with what dad looks like. But Georganne Chapin, director of the anti-circ group Intact America, calls that advice “freaking ridiculous”: “If your husband was missing an eye, would you poke his [son’s] eye out?”

Which is one reason Christopher and his wife left their new son’s foreskin intact, even though Christopher is circumcised. “You’ve made all this preparation for your child’s health and safety, and now you’re thinking about amputating some part of his body,” says Christopher. “We had a visceral and emotional reaction against it.” The Italian Stallion would be pleased. “The people who were circumcised since they were a baby,” he warns, “they can never understand.”