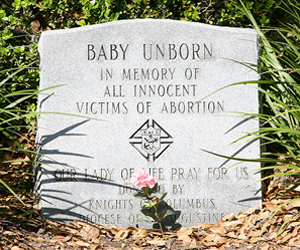 Statistics collected by the National Birth Defects Prevention Network show that fetuses brought to term in Oklahoma have higher incidences of cardiovascular and musculoskeletal birth defects than in the US at large. Oklahoma babies, for example, are 63 percent likelier to be born with gastroschisis, a condition in which the internal abdominal organs—particularly the intestine—are pushed outside the baby’s torso. Such babies require immediate—and potentially risky—surgery after birth, and even survivors may have limited digestive functioning and costly, challenging lifelong disabilities.

Why am I telling you this? Because it all relates back to Oklahoma’s general distaste for legal abortion. The Sooner State hates a woman’s right to choose; this we knew already, from its plan to post women’s medical histories online when they choose an abortion, to its shrinking number of clinics able to perform the procedure (three, according to a very scary anti-abortionists’ site; Oklahoma’s solidly red-state neighbor to the south, Texas, has 46).

But when the state’s legislature overrode a governor’s veto on two new medieval anti-choice measures yesterday, we learned something new: Oklahoma hates parents’ rights generally, and it’s willing to create a nanny state around that theme.

One of those new laws should give every parent, or potential parent, pause when mulling over a job offer in Norman or Oklahoma City. That’s because it grants immunity from malpractice lawsuits for doctors who refuse to tell parents that their child will be born with a birth defect.

Oklahoma legislators have trumped a woman’s right to choose by granting doctors a major choice on the course of your, and your child’s, entire life. Says Gov. Brad Henry, he of the defanged veto: “It is unconscionable to grant a physician legal protection to mislead or misinform pregnant women in an effort to impose his or her personal beliefs on a patient.”

And let’s not ignore the first law passed yesterday, which mandates that anyone who requests an abortion be forced to look and listen during an ultrasound. The New York Times reports:

Though other states have passed similar measures requiring women to have ultrasounds, Oklahoma’s law goes further, mandating that a doctor or technician set up the monitor so the woman can see it and describe the heart, limbs and organs of the fetus. No exceptions are made for rape and incest victims.

Sure, it’s a government force-feeding of samizdat to a woman seeking a legal service from a private practitioner—the sort of thing libertarian free-market conservatives should be up in arms against. But hey, if it saves lives, it’s cool, right? Only it doesn’t. An AP reporter caught up with a Tulsa, Oklahoma-based reproductive services manager, who discussed the difficulties of implementing the ultrasound provision. She also discussed the emotional toll it’s already taking on patients: “Some have walked out of the room where ultrasound procedures are performed in tears because of what they had to hear.”

Most important, though, she discussed how the rule hasn’t even had the effect desired by the anti-choice crowd: “She says no patients have canceled an abortion.”