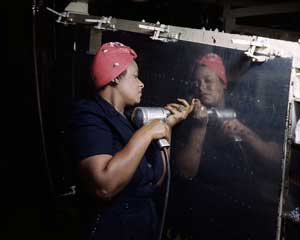 It’s National Equal Pay Day, a misnomered holiday that marks the 110 extra days the average woman must work in 2010 to get what an average man earned in 2009. Today Lilly Ledbetter along with Senators Chris Dodd (D-Conn.) and Tom Harkin (D-Iowa) took to the White House blog to endorse legislation that will effectively penalize pay discrimination based on gender. From Dodd:

Women still earn just 77 cents for each dollar a man earns. The average woman in my state of Connecticut needs a bachelor’s degree just to earn what a man with a high school diploma earns. The gap is larger in the African-American and Hispanic communities, it persists across the income spectrum, and, astonishingly, in some occupations it’s actually getting worse with time…

Dodd went on to explain that factors like educational background, job characteristics, and ethnic and racial background don’t account for the wage gap. It is solely based on gender.

In the Huffington Post Ledbetter outlines the effects this discrimination has on American families:

The fact is millions of Americans are dependent on a woman’s paycheck just to get by, put food on the table, pay for child care, and deal with rising health care bills. Two-thirds of mothers bring home at least a quarter of their family’s earnings. In many families, the woman is the sole breadwinner. On average, women lose an estimated $700,000 over their lifetimes due to unequal pay practices, and this inequality means real hardships for their families.

That’s why we need to pass the Paycheck Fairness Act (PFA).

Last year, the Lilly Ledbetter Fair Pay Act reversed the Supreme Court decision that blocked women from fighting pay discrimination in court. But the Act did not require companies to offer equal pay for equal work, which is where the Paycheck Fairness Act comes in. By requiring employers to prove that any disparities in pay between women and men are solely job-related, the act offers gender equity and accountability that’s been lacking in the work place. It’s a shame it’s taken this long for the legislation to hit the Senate’s floor. But it’s even more ridiculous that in 2010 owning a uterus dictates a women’s worth at work.