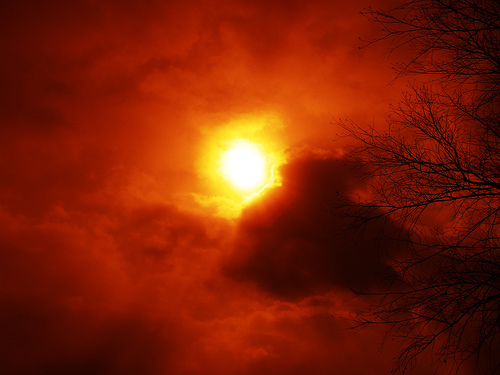 After months of closed-door huddles with lawmakers and lobbyists, Sens. John Kerry (D-Mass.), Lindsey Graham (R-SC), and Joe Lieberman (I-Conn.) are expected to finally unveil their long-awaited climate and energy bill on April 26.

The bill is expected to stick to the broad goals of the Waxman-Markey cap-and-trade bill passed by the House last June: a 17 percent emissions cut by 2020 and a reduction of roughly 80 percent by 2050. But while the bill will likely contain a cap-and-trade component, it will probably mix and match a variety of methods to reduce planet-warming gases. For instance, it’s expected to introduce a cap on carbon emissions produced by utilities in 2012, and later include emissions from other major sources like steel, glass, and cement manufacturers in 2016. The system for trading pollution permits will likely be more limited than previous iterations of the plan. The bill is also expected to include financial incentives for, among other things, nuclear power, offshore oil and gas drilling, and technologies to capture and store emissions from coal-fired power plants.

But there’s a lot more we don’t know about the bill, and plenty of points of contention. Here are the five biggest sticking points:

Drill, maybe, drill?: President Barack Obama’s big announcement last month that he would open vast new areas of the outer continental shelf to offshore oil and gas drilling made oil-state Democrats and many Republicans happy. Sen.Mary Landrieu (D-La) cheered the announcement, as did Sen. Lisa Murkowski (R-Alaska)—both of whom are seen as possible “yes” votes for a climate bill. On the other hand, ten coastal state progressives are threatening to oppose any bill that expands offshore drilling.

There are two contentious issues here: the drilling itself, and how the revenues from the sale of leases for drilling sites would be distributed. Some senators favor distributing part of the revenues to the states that consent to drilling, arguing that they should be compensated for their resources. But enviros oppose this proposal, arguing that it creates a perverse incentive for states to expand drilling. And some senators—like Jeff Bingaman (D-N.M.), Byron Dorgan (D-N.D.) and Jay Rockefeller (D-W.Va.)—say revenue sharing would take away hundreds of billions of dollars in much-needed income for the federal government. Murkowski summed up the dilemma nicely for the Wall Street Journal: “Drilling is just one piece of controversy in a bill that is obviously very difficult to build. Some would suggest that as you try to bring certain members on to an initiative, for every one you get on, you have two that leap out of the wheelbarrow.”

What happens to existing environmental regs?: One big question hanging over the climate bill is what happens to certain existing environmental laws, both federal legislation like the Clean Air Act and state-level efforts to cut carbon emissions. The House bill, for instance, explicitly states that its cap-and-trade system will replace regulations that the Environmental Protection Agency is crafting under the authority of the Clean Air Act. But a number of climate activists warned that this would mean that while new coal-fired power plants would be cleaner, a number of old, dirty coal plants would remain unregulated. The EPA’s Clean Air Act authority was restored in the bill that Kerry and Barbara Boxer (D-Calif.) introduced last fall, but likely didn’t survive the chopping block in the new bill. This is sure to rile up 13 Democratic senators who wrote to Majority Leader Harry Reid last month asking that a final bill protect the EPA’s authority. And it’s also a key issue for environmental advocates. “If the Clean Air Act is weakened, we’re going to go to the mat for that,” Sierra Club executive director Michael Brune told Mother Jones.

A number of moderate Democrats and Republicans want to eliminate not just the EPA authority, but also the rights of states to set climate targets that are tougher than federal rules. On Wednesday, George Voinovich (R-Ohio), another one possible Republican vote, said the bill would have to preempt both the EPA and state regulations to win his vote. And 10 industrial state Dems included this in a list of demands sent to the bill’s authors last week. But progressive states like California have pledged to fight any attempts to undermine their ability to set more ambitious goals.

Step on the gas (tax): A few weeks ago, it looked like the bill would leave the oil industry out of a cap-and-trade system and instead establish a separate fee on transportation fuels (ie. gasoline and diesel), to be paid at the pump by consumers. Oil companies like this idea (mostly because they came up with it). But now Kerry is pretending the concept was never under consideration, and Graham says that they’ve dropped the fee idea. How will the bill deal with oil? Who the heck knows.

What’s in the trade winds?: At least 10 Dems from industrial states are worried about what the bill does (or doesn’t do) to protect industries—like, say, steel—that are big users of energy and very vulnerable to offshore competition. Those senators want to delay regulations on manufacturers until 2016, limit the price on emissions, and create a “regionally equitable distribution of allowances.” (This is senator-speak for financial handouts to industries that will be hit hard by limits on greenhouse gases.) The senators have also called for a border adjustment, which is a fee on imports from countries that don’t have a cap on pollution. Last year, President Obama dismissed this idea as overly “protectionist.” But his energy and climate adviser Carol Browner said this week that the administration has warmed to the notion. “I think it’s fair to say a final bill will be very mindful of the needs of these particular sectors of the economy,” Browner said Tuesday.

Show me the money: In the House debate last year, one of the biggest foodfights was over the distribution of tens of billions of dollars worth of carbon pollution permits. (The permits are the currency of the cap-and-trade system: companies that exceed the “cap” on their emissions must buy more permits to cover the extra carbon.) The House members devised a system that handed out the majority of permits to polluters, auctioned off others, and distributed revenues to a variety of industries and interests. That included $60 billion to develop “clean coal” technologies, free permits for heavy emitters like manufacturers, oil refiners, and merchant coal generators, and a rebate program for low-income energy consumers. Now Kerry, Graham, and Lieberman get to do this all over again. Kerry has promised that the bill will include “huge assistance” to the coal industry, as well as rebates to consumers. If you think the deal-cutting that went on in health care was bad, you ain’t seen nothing yet.