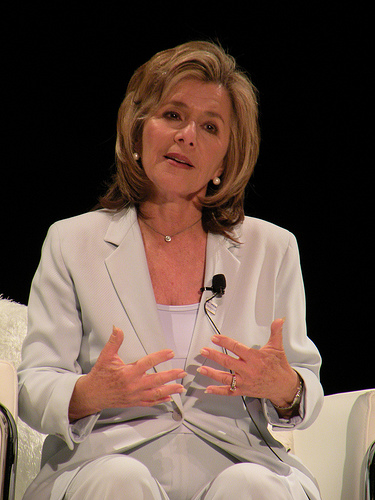 Senators John Kerry, Lindsey Graham, and Joe Lieberman have said they are ditching cap and trade and instead looking to cut emissions using a “hybrid” approach – a cap on carbon generated by electric utilities, limited trading of pollution permits, and perhaps even a carbon fee on fuels. Details remain scant, but it’s clear that they believe that cap and trade is so politically unpalatable at this point that they need to throw it out. But let’s set the politics aside for a moment. Can senators defend their plan’s environmental goals, if the mission is to cut carbon pollution and create jobs in clean energy? The answer seems to be no, at least according to Barbara Boxer (D-Calif.).

Speaking at the Progressive Media Summit on the Hill on Wednesday, Boxer maintained the bill she wrote with Kerry that passed out of her committee last November–which looks a lot like the Waxman-Markey bill passed by the House–is the “gold standard” for climate legislation. “I’m for my bill all the way,” said Boxer. “That’s the best way, an economy-wide bill.” Politically though, she acknowledged that her bill doesn’t stand a snowball’s chance in a warming planet of passing in 2010, hence the desire to pass a bill with much lower ambitions. “I’m not going to make an argument that the other approach is better,” said Boxer. But, she added, “Is it better than doing nothing? Absolutely.”

David Roberts has a great post on Grist about the many silly things senators have said about the possible future proposal from the three senators. All the chatter from senators focuses on vague disapproval of an economy-wide cap and trade program but no actual articulation of why their as-yet-undefined alternative is better. Because, frankly, if the goal of a bill is to reduce planet-warming gases, it’s not. The hybrid they’ve talked about would only cut emissions in some sectors, leaving others untouched, and is likely to include even more sweeters for dirty energy interests like oil and coal. And even if the mission is also to create jobs — which Democratic leaders have repeatedly emphasized should be the goal — a strong, economy wide cap with complementary policies like a renewable electricity standard are the best way to unlock that potential.

At least Boxer admits that the only appeal of the hybrid approach is political. “Do I support their efforts? Yes,” she said of the work of Kerry, Graham, and Lieberman. “Would I rather have my bill? Yes.”