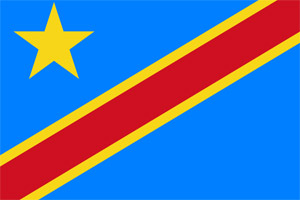 Congo’s troubles are legion, and there is no clear, easy-to-define way to fix them; even with every possible lucky break, it will take decades for the country to emerge from the wreckage of war and for the Congolese to start benefiting from their country’s vast natural wealth. Nevertheless, there are things Americans could do to help.

1. Get pushy. Aid from the US and Western Europe keeps the Kinshasa government from going bankrupt. We ask for too little in return. The European Union, for instance, has some 55 active or retired military officers attached to the Congolese national army, to make sure—in those units they are able to monitor—that commanders don’t help themselves to their soldiers’ pay. But no one is even attempting the equivalent in civilian ministries dependent on aid money. Nor are any donor countries demanding that the army rid itself of the notorious thugs who are responsible for an epidemic of mass rapes—one high commander has even been indicted for war crimes by the International Criminal Court. Why such timidity?

2. Send more blue helmets. The UN force in Congo has not been without its problems, among them cases where officers have succumbed to the lure of mining riches. But I did not meet a single Congolese who would not like to expand that force, which has offered at least some protection from warlord militias and marauding Congolese army soldiers. The number of UN troops is tiny for such a vast country, and they lack everything from interpreters to intelligence units that could tell them where someone is planning the next massacre. Particularly needed, to challenge the climate of impunity for mass rape: more female peacekeepers.

3. Support the most effective NGOs. In a country where government accomplishes little, nongovernmental organizations do indispensable work. Look, especially, for those that partner with Congolese groups. Women for Women International, V-Day, Human Rights Watch, Doctors Without Borders, and numerous faith-based agencies, for example, have helped survivors of rape and have lobbied to highlight mass rape as a war crime. The HEAL Africa hospital in Goma has a legal clinic sponsored by the American Bar Association to help people brutalized by the army; in its first year and a half it sent 325 cases to court and won 20 convictions.

4. No more blank checks for Rwanda and Uganda. Eager for stable allies in this part of Africa, both the Clinton and George W. Bush administrations enthusiastically embraced these two regimes and showered them with aid. The Rwandan government has been especially skillful in playing on American guilt over failing to intervene during the 1994 genocide. Yet its PR-savvy strongman, President Paul Kagame, has been more responsible than anyone for orchestrating Congo’s war. Rwanda’s claim that its troops were pursuing genocidaires was partly true at the beginning, but is by now mostly a cover story. A succession of UN reports (which prompted Sweden and the Netherlands to cut off aid to Rwanda) have documented how both regimes have used troops, weapons, and deals with warlords and unscrupulous multinationals to extract hundreds of millions of dollars’ worth of Congo minerals—all of it with seldom a complaint from Washington.

The Congo, one of the world’s richest countries, is also one of its poorest. To find out why, read Adam Hochschild’s special report here.