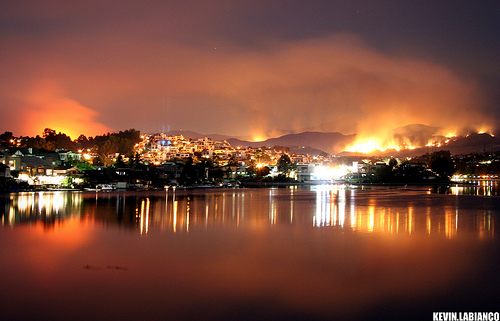 There are “significant gaps” in the government’s ability to deal with climate change, according to a new report released by the White House on Tuesday. The study found that federal, state, and local governments aren’t adequately prepared for the future consequences of global warming—or even the environmental changes that they are already experiencing.

The report was authored by the Interagency Climate Change Adaptation Task Force, a joint project of the Council on Environmental Quality, the Office of Science and Technology Policy, and the National Oceanic and Atmospheric Administration (NOAA). CEQ Chair Nancy Sutley told reporters that while regulating greenhouse gases remains the administration’s top priority, “we also believe we must prepare for the inevitable effects of climate change.”

Climate change “is affecting, and will continue to affect, nearly every aspect of our society and the environment,” the report concludes, adding that wildfires, flooding, droughts and heat waves are already “affecting the ability of federal agencies to fulfill their missions.”

President Barack Obama created the task force last October with an executive order directing it to draw up recommendations for domestic and international adaptation to climate change impacts within a year.  This study is just an interim report, which focuses on broad bureaucratic goals, before the task force’s more specific recommendations will be released later in the year.

NOAA administrator Jane Lubchenco pointed out that communities need more information—and more detailed data—about particular environmental changes they may be forced to grapple with in the near future. Rather than gazing 50 or 100 years ahead, she said, governments need reliable information on climate impacts that will occur in the next decade. By way of illustration, Lubchenco pointed to a report issued last summer by the US Global Change Research Program that compiled the work of 13 different government agencies on climate impacts. The report looked at climate impacts by region and economic sector, noting anticipated effects like more than 100 days of 100-degree temperatures in Texas and the disappearance of some of the Florida Keys by the end of the century.