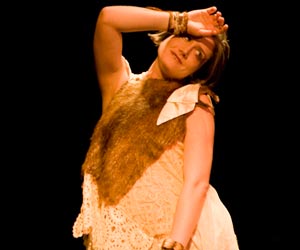 Much as I’d love to settle the fur debate once and for all, I know far better than to pretend I have the answer: PETA won’t catch me telling all you Econundrum readers to run out and buy a mink coat. Truth is, I can see both sides: Fur has the eco-advantage of being biodegradable, a quality that, as I wrote in a previous Econundrum column, is hard to find in synthetic fabrics. On the other hand, there’s the ethical issue: Most fur these days comes not from wild animals but from factory farms (like those from whence our fast-food burgers hail). In Canada, for example, the 2005 market for ranch-raised fur was three times the size of the wild fur market, according to the CBC. So, like I said, no grand fur proclamations here. But I think I’ve found one fur idea I like. There’s a bit of backstory here, so bear with me.

Our story concerns the nutria, a semiaquatic mammal that is not exactly charismatic: It looks roughly like a cross between a beaver and a rat. But in the early part of the last century, nutrias’ silky coats fetched a good price, so French trappers imported them from their native South America to the the southeastern US. The critters bred like crazy, and trappers made a good living off their pelts—until animal rights campaigns of the ’60s and ’70s made fur uncool. Demand for pelts took a nosedive, and trappers could no longer keep up with the ballooning nutria population. Today, the voracious little beasts, who prefer to dine on the roots of marsh plants, have destroyed large swaths of bayou. They’ve also been implicated in the destabilization of levees, which, as we all know, is not good news for bayou ecosystems or their surrounding towns.

Fast forward to 2000, when, in an effort to incentivize trappers to once again catch and kill the nutria, Louisiana’s Department of Wildlife and Fisheries began offering bounties—turn in a nutria tail, and the government gives you $5. It’s working: Trappers are once again able to make a living off the land, and the nutria population has declined. But the program is expensive, and the market for nutria fur is still tiny. Michael Massimi, the invasive species coordinator at the Barataria Terrebonne National Estuary Program (BTNEP) told me that more than 95 percent of carcasses caught for bounty currently go to waste. “The problem is that for most trappers, getting a buyer for the meat and fur is not worth the effort,” says Massimi.

Enter Cree McCree, a writer and fashion designer based in New Orleans. Last year, with the help of a $4,500 grant from BTNEP, McCree founded a group called Righteous Fur to promote nutria fur to fashion designers. McCree mobilized a few local designers, and the group has already staged two fashion shows this year. Recalls McCree, “We had everything from very elegant stoles and fur collar pieces to a tribute to Alexander McQueen.” McCree’s own contribution? A line of nutria-tooth jewelry.

McCree’s project seems to be taking off. Designer Oscar de la Renta featured a nutria piece in a recent collection, and this fall, McCree will take the nutria show to New York City’s fashion week. The pieces aren’t commercially available yet, but that’s on McCree’s agenda. “Next I want to do mass market urban streetwear,” she says.

So there you have it: Fur fashion that also helps solve the problem of a destructive invasive species. Not saying McCree’s bright idea means you should run right out and buy yourself a new stole. Just something to think about.