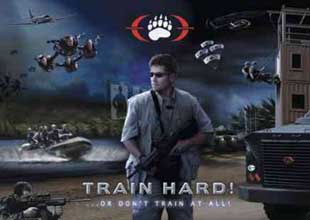 Last week, Fred Roitz, a top executive at Xe Services (formerly Blackwater), made a stunning admission. Testifying before the Senate Armed Services Committee, he said Raytheon had requested that Blackwater create a shell company in order to win a $25 million subcontract to train Afghan troops. In Roitz’s telling, Raytheon apparently wanted to do business with Blackwater, yet didn’t want to be associated with its controversial brand. Blackwater obliged, creating a subsidiary called Paravant that was separate from its parent company in name alone. Armed services committee member Sen. Claire McCaskill (D-Mo.) called the subsidiary a “classic example of a cover corporation.” Committee chairman Sen. Carl Levin (D-Mich.) described the creation of Paravant as “deception” and said “there’s clearly an effort to coverup that Blackwater was the real contractor here.”

Now Levin wants a Justice Department investigation into Blackwater and Raytheon. Specifically he wants to know whether representatives of the companies “made false or misleading statements in their submission of a contract proposal to the U.S. Army.”

The deception is troubling. In 2008, Raytheon subcontracted with Paravant to perform a $25 million Defense Department subcontract. At the time, Paravant had no employees and had not performed a single contract. But the Paravant proposal that won the company that subcontract told a very different story. The proposal represented that Paravant had “over 2,000 personnel deployed overseas,” had “many years of experience,” and had performed training to the government of nearly $100 million. I am enclosing a copy [PDF] of the relevant pages of their proposal.

The $25 million subcontract was awarded to Blackwater just months after the State Department had said they lost “confidence in [Blackwater’s] credibility and management ability.” The Army contracting officer who approved the Paravant contract testified to the Committee that he was unaware that the proposal was really a Blackwater proposal in the name of Paravant. If the Army contracting officer had known he was approving a subcontract with Blackwater, perhaps he would have taken the Department of State’s finding about the company’s lack of credibility and management ability into account when deciding whether to approve that subcontract. That makes the deceptive representation a serious matter.

Levin sent a separate letter [PDF] to Defense Secretary Robert Gates. He noted that Xe may be in the running to land a $1 billion training contract in Afghanistan and requested the Pentagon “carefully review the decision to award as much as a billion dollars worth of highly sensitive work to Blackwater under a contract vehicle that excludes many potential competitors.”

As you know, a series or incidents in Iraq, including the tragic shooting incident in Nisour Square, led many to conclude that Blackwater was not a suitable contracting partner for the U.S. governmcnt, and contributed to the company’s decision to change its name.

Yesterday, following a lengthy investigation, the Senate Armed Services Committee held a hearing on a subcontract awarded to a Blackwater affiliate to perform weapons training for the Afghan National Army. The hearing and investigation raised a number of very serious questions about Blackwater’s conduct. In particular, we received evidence that Blackwater may have: used a front company for the contract; made false official statements and misled Department of Defense officials in its proposal documents; misappropriated government weapons and carried weapons without authorization; and hired unqualified personnel with backgrounds that included assault and battery, larceny and misappropriation of property, insubordinate conduct, and drug and alcohol abuse; and violated CENTCOM’s movement control policies. At yesterday’s hearing, I indicated that I will be referring the matter of the false official statements to the Department of Justice. The inadequacies in Blackwater’s performance appear to have contributed to a shooting incident that has undermined our mission in Afghanistan.

I believe that appropriate officials of the Department of Defense should review the transcript of this hearing and consider the deficiencies in Blackwater’s performance under the weapons training contract before a decision is made to award the police training work to Blackwater.