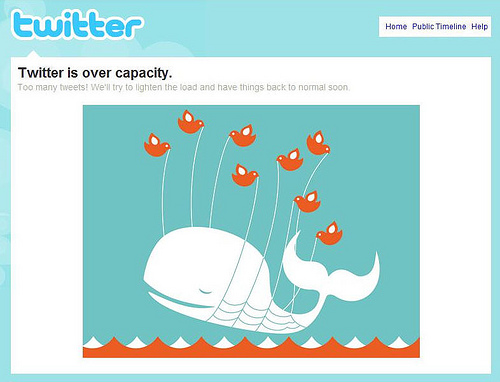 Can you have Ethics in 140 characters? It’s a question of ‘great social and political import’ (to borrow the phrase) to the folks over at Twitter, Social Media’s secretly earnest smart alec kid sister. So important, in fact, they’ve devoted a department to it.

“I think about ethics all the time,” said Del Harvey, who heads up Twitter’s Trust and Safety Dept., hidden somewhere past the green fiberglass deer in their San Francisco HQ, which is just as cool as everybody always told you it was. “I have a 21-person staff that thinks about ethics and the ethical ramifications of things also all the time.”

Think about, sure. Define, not so much.

The only consensus so far is that the Internet is a tool, one that can be used for good or for evil. Or as one Orthodox Twitterer recently put it to me ” [The Web]’s like a baseball bat. You could start a little league team in your community or you could mug someone.” So what, then, are Social Media Ethics? To answer that, the micro-blogging site imported a panel of experts that sounds like the set-up to a bad joke–a rabbi, a lawyer and a blogger–plus a psychologist, an entrepreneur and a data-analyst to the company’s posh SOMA offices.  The conversation was called Jewish Ethics and the Internet, but kosher meal aside, the themes were fairly universal.

Chief among them: How should we behave on the Web now that there are more active Facebook users than US Citizens and we  spend more time online than we spend sleeping?

“We don’t really know the rules or the etiquette,” said Deborah Schultz, the social media evangelist who headlined the event. “We don’t have the proper language today to describe the kind of relationships we have [online]. How can you be ‘friends’ with 5,000 people on Facebook?” (spoiler: you can’t)

Better known than our “friends” are our enemies: Trolls, SPAMers, and good old-fashioned bullies. Frequent visitors to our site will be familiar with SPAM, but for the uninitiated, ‘troll’ is Web-speak for users who lob Molotov cocktails into the ladies’ teas of the internet (such as they are), spewing bile into forums, chat-threads and article comments and chuckling at the chaos that ensues.

“I’ll have a post with 85 comments, all of them negative,” said blogger-comedian Heshy Fried, who rides under the banner Frum Satire and has an online following about 20,000 strong (to give some perspective, that’s about 10 percent of ur-blogger Kevin Drum’s traffic–except instead of America’s politically engaged left, FrumSatire’s bread-and-butter constituency is Orthodox Jews). “When I post something to Facebook, I’ll get 100 comments about who I’m trying to offend.”

But nothing defines the ethics debate more profoundly than the generation gap.

“Parents are like digital immigrants,” said Dr. David Pelcovitz, who teaches at Yeshiva University in New York. “Kids are the natives. It’s like what always happens when you’re a first generation native, you can pull the wool over the eyes of your immigrant parents.”