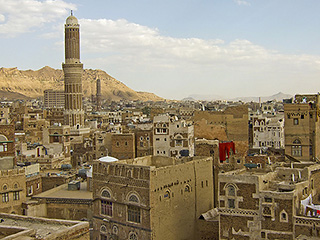 A weekly roundup from our friends over at TreeHugger. Enjoy!

When It Comes to Green, We Are Hypocrites

A new study conducted by Yale University and George Mason University shows not only is there a big gap between what Americans believe is the green thing to do and whether they then actually do it, but also that we’re going backwards. When asked, “In the coming year do you intend to do this less often, the same, or more often?” in most cases where there is a comparison to 2008, the answer is that fewer people care.

A new bill introduced into the Washington State Senate with the ostensible purpose of “prohibiting terrorists acts against animal and natural resource facilities” is so broadly worded that producing some of the content on TreeHugger could be deemed illegal. Introduced by Senator Val Stevens, with text nearly lifted straight from the American Legislative Exchange Council, the bill would prohibit materials used “in whole or in part to encourage…publicize, promote, or aid” an act of “animal or ecological terrorism.

Sanaa, Yemen to Become World’s First Capital City to Run Out of Water

A Yemeni water trader explains that even though his well is 1,300 ft deep, he’s hardly extracting any water at all. The same goes for wells that are 2,000 and even 3,000 ft deep—in Yemen’s mountainous capital city Sanaa, more water is being consumed than produced. Families have reported going without getting access to water for weeks. Sanaa is home to 2 million people, and is growing fast—but experts say that if trends continue, it could be a ghost town in 20 years. To make matters worse, much of the shortage can be blamed on a nationwide drug habit.

Globally Flared Gas Could Meet One Quarter of US Needs

Not only is the annually wasted gas worth an estimated $30.6 billion (depending on current market prices) but it is also responsible for 0.5% of anthropogenic greenhouse gas emissions. Natural gas, or methane is a greenhouse gas itself, and a far more potent one at that. Methane’s ability to trap heat in the earth’s atmosphere is said to be twenty-one times as high as CO2 so simply stopping the practice of flaring and instead releasing the gas into the atmosphere is not the answer.

The Pros (and Cons) of the Non-CO2 Case for Sustainability

We need to be careful not to focus entirely on carbon emissions. We must make the case for sustainability as an opportunity to rethink every aspect of our 20th Century infrastructure. Even if someone believes that climate “gate” (anyone else sick of “gates”?) really did expose the biggest and most implausibly intricate conspiracy ever conceived of, it is hard to argue against the fact that America would be better off if it was less dependent on foreign oil, and wasn’t reliant on blowing up its mountain tops to create electricity. At the heart of it, sustainability is nothing more than solid, strategic common sense.