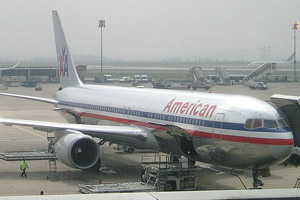 Since the attempted bombing of a Northwest Airlines flight on Christmas Day, Congress and the Obama administration have reviewed many aspects of aviation security, and Janet Napolitano, the secretary of homeland security, has called for increasing the number of federal air marshals.

But one area that hasn’t received much scrutiny is the atmosphere inside the Federal Air Marshal Service, where some in the rank and file say discrimination and retaliation distracts them from their mission of stopping terrorists and protecting passengers. Air marshals have long whispered about their complaints, but now two recent cases are bringing public attention to the issue.

The Transportation Security Administration, the parent agency of the air marshal service, is investigating allegations of discrimination in the Orlando field office after several air marshals complained that supervisors created a “Jeopardy”-style game board with derogatory nicknames for African-Americans, Hispanics, homosexuals and veterans as a way to mete out discipline and undesirable assignments.

In Cincinnati, an attorney representing six air marshals asked a federal judge for a restraining order against TSA on Jan. 12. He said supervisors opened a disciplinary investigation against one client after she filed a sexual harassment lawsuit (PDF) and then intimidated witnesses as they prepared to testify on the woman’s behalf.

ProPublica has interviewed or obtained complaints from 85 current and former air marshals in nearly every one of the agency’s 21 field offices over the past year and half. They all told similar stories of being treated unfairly in promotions, assignments or discipline by supervisors who target those who speak up or don’t fit a certain mold. Some air marshals who tried to address their complaints through proper channels say they felt demoralized by the process.

“It’s gone on in Las Vegas, Denver, Chicago, Miami, Philadelphia, Pittsburgh, Cincinnati – that pretty much covers every area of the United States,” said Shawn McCullers, a former Philadelphia air marshal who sued the agency for racial discrimination in 2006 when it couldn’t find a desk job for him after he developed blood clots in his legs and could no longer fly.

“You’ve got agents out there who have consented to put their lives on the line for the American public who need to be at their best mentally and physically all the time,” he said. “But always playing in the back of my mind is that I don’t have the full support of my agency.”

Robert Bray, the director of the air marshal service, declined to be interviewed.

The agency’s spokesman, Nelson Minerly, confirmed the Orlando investigation and said in an e-mail: “The Transportation Security Administration (TSA) is dedicated to ensuring all employees are treated in a fair and lawful manner. Accordingly, TSA takes all allegations of misconduct seriously.”

The number of people filing Equal Employment Opportunity Commission complaints in the TSA is about average compared with eight other law enforcement agencies.

The EEOC couldn’t provide a breakdown of complaints from only air marshal service employees.

But air marshals told ProPublica their agency has a serious problem with discrimination, in part because of the clash of law enforcement cultures that occurred during its rapid buildup after 9/11.

ProPublica has previously reported on screening and disciplinary problems at the agency, which now has an estimated 3,000 to 4,000 air marshals (the official number is classified). On Monday, President Obama unveiled a budget (PDF) providing increased funding for air marshals on international flights.

In a report last year, congressional investigators with the Government Accountability Office said that Bray and his predecessor, Dana Brown, had made progress in addressing work force complaints. Since 2006, administrators have held listening sessions, formed working groups to address specific issues and created an internal Web site where air marshals can provide anonymous feedback.

The investigation into allegations of the game board in the Orlando training division began several months ago but came to light in mid-January after one air marshal, Steve Theodoropoulos, wrote letters to Florida Sens. Bill Nelson and George LeMieux (PDF).

The [Orlando field office] management “made a game of targeting African-Americans, Hispanics, females, veterans and men and women of alleged homosexual sexual orientation,” he wrote.

The letter included a photograph of a whiteboard drawn up to resemble a “Jeopardy” game with categories and different point amounts.

Three air marshals confirmed for ProPublica that they had seen the game board in the training division. They asked not to be identified for fear that they would lose their security clearances or be retaliated against if their names were published.

According to the air marshals, the categories were labeled with disparaging nicknames for particular groups of people. They said a group of supervisors and training instructors played the game by picking categories. One instructor would describe a specific air marshal and the other would have to guess who it was, they said. The inside jokes led to harassment, undesirable assignments and sometimes fabricated disciplinary cases, they said.

Supervisors in the Orlando field office did not return calls for comment.

The Orlando office recently had a finding of discrimination. In June, an administrative judge for the EEOC ruled that a supervisor tried to “sabotage” an air marshal’s chance for promotion by giving him a low rating because he was of Dominican descent.

The judge awarded the air marshal, Jeffrey Diaz, back pay, attorney fees, $5,000 in compensatory damages and a promotion to supervisor in the Orlando field office.

According to the decision, Diaz had more than 15 years of federal law enforcement experience, including a stint as a senior criminal investigator for the U.S. Postal Service, where he conducted complex cases, including an anthrax investigation. He had a master’s degree and was close to obtaining a second. In addition, he had been an acting supervisor and served on the FBI’s Joint Terrorism Taskforce, one of the most prestigious positions in the air marshal service.

In contrast, a white air marshal who was promoted instead of Diaz had little supervisory experience and only a high school diploma. Another white air marshal who was recommended for promotion had work experience similar to that of Diaz but had recently been suspended after his gun and badges were stolen when he left them in his government vehicle.

Shane Sidebottom, an attorney in the Cincinnati area, said the allegations about the game board came as little surprise to him. He has filed four discrimination lawsuits against the agency since 2007 and is representing two other air marshals before the EEOC.

In one case, Cincinnati air marshal Nancy Leidner alleges (PDF) that other air marshals spread false rumors that she was having affairs with her male co-workers and had once stripped at a going-away party.

In April 2008, four months after filing the lawsuit, Leidner was questioned about two expense reports she filed for missions to London in the weeks before and after the failed liquid bomb plot in the summer of 2006. Investigators found that she had claimed a per diem for London when she was actually in Boston and New York because her planes were delayed, according to a letter (PDF), dated Dec. 24, 2009, notifying her that her security clearance was being revoked.

Leidner told investigators that she had made a mistake, according to the letter, and Sidebottom said she paid back the $109 difference when it was discovered.

“If mistakes on a travel voucher amounted to a national security risk, the Cincinnati Office has greatly increased national security concerns by taking over three years to investigate a potential $109.00 overpayment,” Sidebottom wrote in a court motion.

As part of that motion, six Cincinnati air marshals filed affidavits saying that they had been pressured or retaliated against after being asked to provide statements or testimony in Leidner’s case.

One air marshal, identified as J.R. in court papers (PDF), said that on the day he was notified about his deposition, he was approached by the special agent in charge and told that his long-sought transfer to Texas was still open. “I believe that I was offered a favorable transfer in exchange for negative testimony against Nancy Leidner,” he wrote in his affidavit.

Another air marshal, identified as C.S. in court papers, said TSA criminal investigators made a veiled threat that, if he didn’t recant his testimony on behalf as Leidner, they would go to his wife and family and allege he was having an affair.

The agents’ names were filed under seal to protect their anonymity as air marshals.

The special agent in charge in Cincinnati did not return a call for comment. In court papers, a lawyer for the Department of Homeland Security argued that the court didn’t have jurisdiction to hear the witnesses’ complaints. He did not address the merits of the complaints.

As in the Orlando case, the Cincinnati field office has previously received complaints about discrimination. A supervisor, Jeanne James, filed a lawsuit (PDF) in 2008 also alleging sexual harassment, though by different managers than those accused in the Leidner case. She and the TSA settled the case for undisclosed terms in May; the air marshal service declined to disclose the terms.

Other field offices also have been the target of recent complaints.

In three separate cases since December 2008, the EEOC has ordered the air marshal service to comply with rulings of administrative judges who made findings of discrimination. The cases involved air marshals in Phoenix and Charlotte and one who was in training.

In Chicago, two black air marshals have sued in federal court claiming that they were repeatedly passed over for promotion, and a white air marshal sued saying he was retaliated against after reporting a racial slur.

A transsexual air marshal in Miami sued saying she was harassed repeatedly after transitioning from male to female and was told that if she needed to use the bathroom she would have to go to Lester’s Diner a quarter-mile down the road.

Frank Terreri, a Los Angeles air marshal and director of labor relations for the Federal Law Enforcement Officers Association, said the agency has come a long way in addressing discrimination and retaliation but that problems still exist in several field offices.

“There’s a disconnect between what the director puts down and what each special agent in charge actually implements at the office,” he said. “It’s not all over. It’s not rampant, but if you’re the person being discriminated against or retaliated against, it doesn’t matter how far it reaches.”