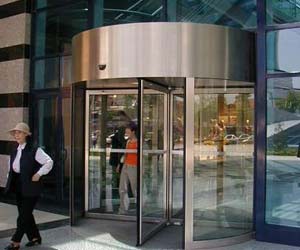 Speaking in Copenhagen on Wednesday, EPA Chief Lisa Jackson stressed that President Barack Obama is not George W. Bush. “In less than 11 months since taking office,” she said, “we have done more to promote clean energy and prevent climate change than happened in the last eight years.”

Even so, Bushworld still exerts considerable influence on US climate policy. A new report, Smoke Screen, released by the Citizens for Responsibility and Ethics in Washington last week, reveals that 20 former Bush environmental appointees have taken jobs in government relations and lobbying. They’re likely to exert an outsized influence with Republicans in the polarized Senate, which must reject or ratify any treaty that emerges from Copenhagen. With that in mind, here’s a pocket guide to Washington’s bramble of former Bushies.

Philip Cooney
Under Bush: Chief of staff for CEQ from 2001 to 2005
Best known for: Editing scientific reports on climate change to omit suggested links between human activity and global warming
Revolving door: A job at ExxonMobil (it’s unknown in what capacity or for how long)

Khary Cauthen
Under Bush: Chief of staff for CEQ from 2005 to 2006
Best known for: Keeping a lower profile than his predecessor
Revolving door: Now a registered lobbyist for the American Petroleum Institute

Martin Hall
Under Bush: Chief of staff for CEQ from 2006 to 2009
Best known for: His prior job as an aide to Senator James Inhofe (R-OK), Congress’ leading global warming skeptic
Revolving door: Now vice president of energy policy for FirstEnergy, an Ohio-based utility company that generates most of its electricity from coal

William Holbrook
Under Bush: Director of communications for CEQ from 2003 to 2005
Best known for: His subsequent job as spokesman for the Senate Environment and Public Works Committee under Inhofe.
Revolving door: Now chief flak for the National Petrochemical and Refinery Association

Elizabeth Stolpe
Under Bush: Associate director for toxics and environmental protection for the CEQ
Best known for: Her prior job as a lobbyist for Koch Industries, a leading funder of climate change deniers
Revolving door: Now a lobbyist for Shell Oil

Stanley Sokul
Under Bush: Chief of staff of the Office of Science and Technology Policy
Best known for: His prior work speaking to Congress on behalf of the Direct Marketing Association, which represents telemarketers.
Revolving door: Now a corporate issues advisor to ExxonMobil

Christine Todd Whitman
Under Bush: EPA administrator from 2001 to 2003
Best known for: Quietly accepting massive rollbacks of environmental protections
Revolving door: Went on to found Whitman Strategy Group, which has lobbied on behalf of chemicals manufacturer FMC Corporation and a subsidiary of Chevron.

Michael O. Leavitt
Under Bush: EPA administrator from 2003 to 2005
Best known for: Weakening the Clean Air Act, reducing standards on mercury emissions, and pushing the so-called Healthy Forests Initiative
Revolving door: Has since founded Leavitt Partners, which provides “strategic input and counsel” on topics such as “environmental health”

Jessica L. Furey
Under Bush: Associate administrator for policy, economics, and innovation with the EPA from 2001 to 2005
Best known for: Promoting “Clean Utah!”, a program that reduces regulatory oversight of companies deemed to be environmental “leaders”
Revolving door: Now a lobbyist for Whitman Strategies

Jeffrey Holmstead
Under Bush: Assistant administrator for air and radiation at the EPA from 2001 to 2005
Best known for: His work as chief cheerleader for Bush’s Clear Skies Initiative, which prompted the Clean Air Trust to name him “Clean Air Villain of the Month”
Revolving door: Now the head of the Environmental Strategies Group of Bracewell & Giuliani, he lobbies on behalf of electric utility Ameren Corporation and mountaintop-removal mining company Arch Coal.

Lisa Jaeger
Under Bush:  EPA general counsel from 2003 to 2004
Best known for: Recently saying, “Any alleged Clean Air Act authority for EPA to regulate carbon dioxide is just that: alleged.”
Revolving door: Now an expert on climate issues at Bracewell & Giuliani, where she has lobbied on behalf of oil companies Valero and Tesoro

Stephanie N. Daigle
Under Bush: Served in the EPA from 2001 to 2007, most recently as associate administrator for policy, economics, and innovation
Best known for: Claiming to serve as the agency’s lead on all oversight-related issues during a time of lax environmental oversight
Revolving door: Now a registered lobbyist for C&M Capitolink, she has represented Dow Chemical and Alliance Resource Partners, a coal mining company.

Ann R. Klee
Under Bush: EPA general counsel from 2004 to 2005
Best known for: Arguing in court that the EPA doesn’t have authority to regulate greenhouse gases. She called the Supreme Court’s 2007 ruling to the contrary “disappointing“
Revolving door: Now a registered lobbyist for Crowell and Moring, she has represented the American Chemistry Council, Dow, and Peabody Energy, the world’s largest coal company

Christopher P. Bliley
Under Bush: Associate administrator for congressional and intergovernmental affairs at the EPA fromm 2008 to 2009
Best known for: His previous job as director of government affairs for the Smokeless Tobacco Council
Revolving door: Now a registered lobbyist for the Nussle Group, he has represented Growth Energy, a pro-ethanol trade group

Robert Meyers
Under Bush: Assistant EPA administrator for air and radiation from 2007 to 2008
Best known for: Helping the EPA to adopt an ozone standard thought to be weaker than what was recommended by scientists
Revolving door: Now senior counsel at Crowell and Moring specializing in the Clean Air Act and climate change. He’s lobbied on behalf of Gerdau Ameristeel, the nation’s fourth largest steel producer

Robert E. Fabricant
Under Bush: EPA general counsel from 2001 to 2004
Best known for: Ruling in 2003 that “because the [Clean Air Act] does not authorize regulation to address climate change, it follows that [carbon dioxide] and other greenhouse gasses are, as such, not pollutants.” “His finding was later overturned by the Supreme Court.
Revolving door: As an attorney with Wilkie Farr & Gallagher, he has lobbied on Clean Air Act regs for paint manufacturer Sherwin-Williams.