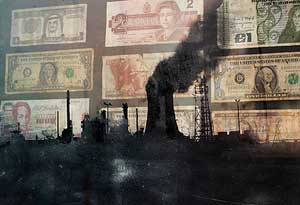 The climate fight in Congress this year has been dominated not by arguments about science, but economics. Opponents of cap-and-trade legislation have issued dire predictions that regulating carbon will cripple the economy and inflict soaring energy prices on already struggling consumers. They’ve been able to get away with such attacks by exploiting widespread confusion about what economists really think about the subject. While the scientific consensus of climate change has been well established by the Intergovernmental Panel on Climate Change, the economics of climate change aren’t nearly as well understood. Recently, however, New York University’s Institute for Policy Integrity released a groundbreaking survey of top US economists revealing that there is a surprisingly high level of agreement among economists on the dangers of climate change as well as an overwhelming consensus that curbing emissions will help, not hurt, the economy.

“Outside academia the level of consensus among economists is unfortunately not common knowledge,” NYU Dean Richard Revesz said at a press conference following the release of the study. “The results are conclusive—there is broad agreement that reducing emissions is likely to have significant economic benefits.” The 144 economists who responded to the 12-question survey have all published an article relating to climate change in one of the top economic journals in the past 15 years. Here are the study’s three key conclusions: 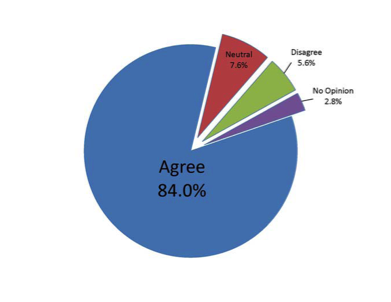 1. Climate change “poses significant risks” to important sectors of the economy. Less than six percent of economists disagreed with that statement. It’s hard to imagine a more conclusive result.

2. Emissions should cost something. The economists agreed that any effort to combat climate change must put a price on carbon—sending a strong signal that efforts like Sen. Jim Webb’s (D-Va.) bill that simply funds new nuclear plants would be ineffective. Ninety-eight percent of the economists surveyed think that putting a price on greenhouse gas emissions would “increase incentives for energy efficiency and the 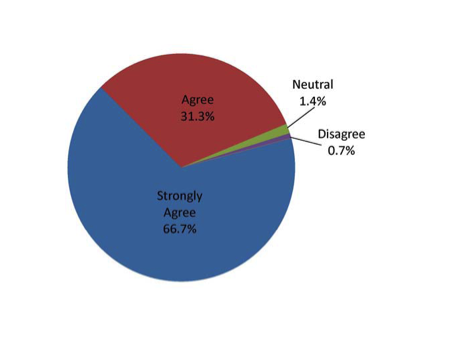 There was a lot more uncertainty among the economists about what that price should actually be (they usually favor allowing efficient markets to set prices), but the survey found a general preference for high greenhouse gas prices. The average response was $50 per metric ton of carbon. That’s significantly higher than the $20 per ton price that the House bill will likely produce. 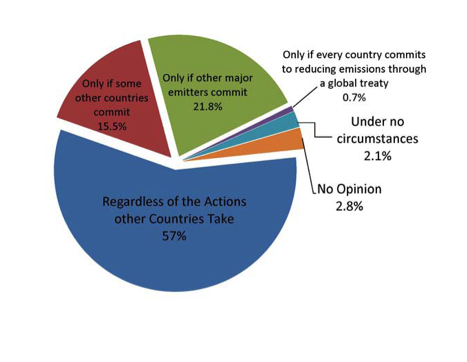 3. The US needs to take action right away, regardless of what other countries do.  The brief notes that “many leading US decisionmakers, especially top Republicans, have suggested the US should not take any decisive actions on climate change until all other countries are committed to similar action.” But only one respondent believed the US should wait until “every country commits to reducing emissions.”

In addition, 92.3 percent of the economists agree or strongly agree that most of the burdens of climate change will fall on future generations. With good cause: last month the UN’s International Energy Agency warned that national governments would have to collectively spend an additional $500 billion for every year they fail to reduce carbon dioxide to “an emissions path consistent with…limiting the rise in global temperature to 2 degrees [Celsius].”

One issue the survey didn’t address is the assumption—often adopted by pundits and opponents of climate legislation—that a business-as-usual approach to emissions is an option. As Skip Laitner, the director for economic and social analysis at the American Council for an Energy Efficient Economy, pointed out to Mother Jones, the economic models employed by the Congressional Budget Office and others “assume the economy is already optimally allocating resources” and therefore constraints on emissions are judged to be neutral or damaging to the economy. That sort of modeling ignores the fact that some sectors like construction would benefit from emissions reductions while the unmitigated effects of a changing climate could devastate vital industries like agriculture, fishing and forestry.  One of the survey’s authors, J. Scott Holladay, acknowledged that business as usual “is not sustainable and therefore it’s an odd baseline” but any alternative would have been “hard to imagine” for the purposes of the survey.

Previous reports have indicated an emerging economic consensus in favor of climate action—like this Environmental Defense Fund review of climate economics literature and this Government Accountability Office report on the economics of policy options—but NYU’s survey covers a far wider range of economists working in the field. “We’d like to think it’s a wakeup call” to the media and lawmakers, Holladay said. He went on to say that he found it “frustrating to see [capping GHG emissions] referred to as controversial” when over half of all Americans support it and a strong consensus of economists do too. “How many people have to hold this view for it to be considered a legitimate opposing view?”