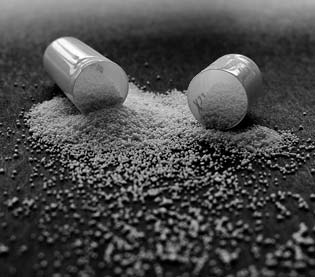 Photo by flickr user bored-now used under a CC license.The public option has survived the legislative process so far, but only just. The Congressional Budget Office has estimated that public option premiums will actually be higher than the premiums for private plans on the health insurance exchanges. That doesn’t mean it’s going to cost the government more money—the public option is paid for by premiums, not taxes; it actually cuts the deficit. But it will be more expensive than some private plans. Wasn’t part of the point of the public option to prove that a government-run program could compete successfully with privately-run plans? Well, yes, but here’s the problem: that was all based on the idea that the public option would pay health care providers at Medicare rates. That’s been compromised out of the bill and now the public option will be paying rates comparable to those paid by private insurance. Ezra Klein explains what that means:

[B]ecause the public option is, well, public, it won’t want to do the unpopular things that insurers do to save money, like manage care or aggressively review treatments. It also, presumably, won’t try to drive out the sick or the unhealthy. That means the public option will spend more, and could, over time, develop a reputation as a good home for bad health risks, which would mean its average premium will increase because its average member will cost more. The public option will be a good deal for these relatively sick people, but the presence of sick people will make it look like a bad deal to everyone else, which could in turn make it a bad deal for everyone else.

What happens next? Private insurers will do everything in their power to drive sick people and bad risks towards the public option. That’s their duty to their shareholders, after all—to do everything they can to maximize profits. There will be enormous pressure on politicians to subsidize the public option’s operations. This is why you don’t want to see laws get made. Washington is great at stripping the best, most effective parts out of every good policy idea (see also: the stimulus, climate change legislation) and leaving a barely functioning husk that only serves to confirm conservative suspicions about government.

I guess we can hope, as many progressives do, that winning the public option fight was important because a bad public option that you can improve is better than no public option at all. And we can take comfort in the fact that if health care reform passes, at least we’ll have insured a whole bunch of people. However Rube Goldbergy and kludgy the solution is, it’s better than the status quo.