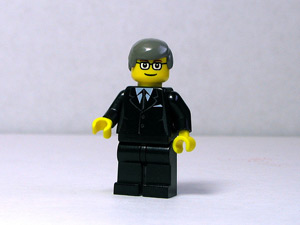 Frank said he has been in direct communication with the White House, House Speaker Nancy Pelosi’s office, and other Congressional leaders about the strategy for ending the 1993 ban on gays serving openly in the military.

Though some moderate Democrats have recently expressed concern about repealing the policy during a midterm election year, Frank said resolve at the White House has never wavered. “The Administration is totally committed to this and has been from the beginning,” he said.

Anecdotally, Frank recalled an incident earlier this year when Defense Secretary Robert Gates made a statement to reporters suggesting that repeal was still an open question.

If the administration wanted, it could almost certainly put off DADT repeal until after the midterms without suffering a significant political price. The fact that, according to Frank, the White House is choosing to push for repeal before the midterms suggests that gay rights may be part of of the administration’s political strategy. One can make the case that focusing on certain social issues could actually be the right move for Democrats in 2010.

Despite conventional wisdom, not all social and moral debates play to the Republicans’ advantage. The Terri Schiavo fiasco in 2005 turned many voters against the Republicans. Interfering in that most private of family battles made the GOP look out of touch and reactionary. The most negative stereotypes about Republicans center around social issues: that they are bigoted and hateful and reactionary. If Democrats can make voters think that congressional Republicans fit that stereotype, Democrats will win.

This is not 1993. The country has changed dramatically in a decade and a half. Three-quarters of Americans, including 66 percent of conservatives and 64 percent of Republicans, think gay people should be allowed to serve in the military. Many of the “Obama surge” voters are young and definitely pro-gay rights. A fight over something many of them believe is an issue of basic fairness could get them to the polls. The move will fire up the Christian right in opposition, but the far right is already enraged—they’ll be at the polls regardless.

Of course, if the Obama administration does think that DADT repeal is a good election-year issue for Democrats, gay people would undoubtedly feel icky to be used as a political football yet again. (The timing is also cold comfort for the gay servicemembers who will be fired between now and whenever Congress gets around to overturning the policy.) But it would be a real shift in American politics if it could be convincingly demonstrated on a national scale that supporting gay rights can help politicians instead of hurting them.