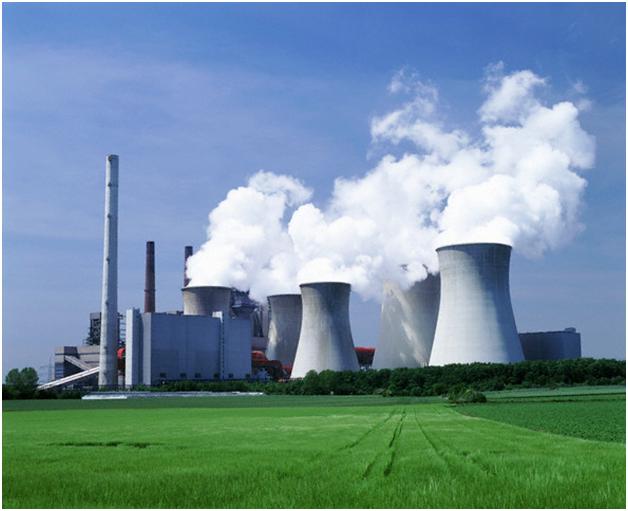 It’s reminiscent of Europe in the first half of the 20th century, complete with pea-soup—make that dhal-soup—smogs.

So who can blame India for wanting to get more energy and cleaner energy and turning to the fastest solution? Just like France did. And Japan. And Russia. And South Korea.

Ever since a deal with the US last October removed sanctions denying access to the international atomic energy market, India’s been on a nuclear spending bender, reports the Asia Times. They’ve signed big nuclear and tech agreements with Russia, the US, and France. They’ve signed lesser agreements with Namibia, Mongolia, Tajikistan, South Korea, Kazakhstan, and Argentina—and are about to sign with Canada.

Last week India assigned sites for Russian, French, and American firms to build new reactors: the French in Maharashtra; the Russians in Tamil Nadu and West Bengal; the US in Andhra Pradesh and Gujarat.

Which leads to the dirty little secret that supposedly-clean nuclear power is making a stealthy comeback as the miraculous climate fix of the 21st century. Britain’s made an about-face and is pledging a whopping 30 percent nuclear by 2030.

Conservative blogger Paul Mirengoff at Power Line tries to convince why we should not be afraid. He paraphrases Former Secretary of Energy Spencer Abraham writing in the Weekly Standard, in a piece called New Nukes!:

The objection to using nuclear power, to the extent it has any rational basis at all, stems from concerns about safety. But these concerns are founded on events from the late 1970s (Three Mile Island) and mid 1980s (Chernobyl). Since then… nuclear reactors and the whole nuclear industry have been transformed. Ironically, the old facilities continue to operate, while new, safer ones cannot be built. To borrow and expand on Abraham’s analogy, the position of the critics makes about as much sense as refusing to have heart bypass surgery because the mortality rate associated with this procedure was high during the 1970s, but then having the surgery anyway using the procedures of the 1970s.

Abraham writes about the need for increased nuclear power to combat climate change. He writes without a smidgeon of irony regarding his own intransigent resistance to any notion of climate change as secretary of energy during George W. Bush’s first term. He never mentions nuclear waste disposal. He never mentions security issues… like the alleged terrorist found to be working at a British nuclear lab.

But back to India. Should we be worried that a nation struggling to provide clean drinking water or universal education for its people, one that is in a state of near-war with all its neighbors, is racing to construct 15 nuclear power plants at eight different sites? Should we be concerned that firms including GE Hitachi, Toshiba Westinghouse, Areva, and Rosatom are vying for contracts worth an estimated US $100 billion?

Isn’t there a better way to spend $100 billion than on a clean energy fix with filthy risks?

The only way to beat nuclear is to bring solar, geothermal, and intelligent wind up to speed and on-line faster. At the moment, only the US is holding out against nuclear—the technology we invented. It’s up to us to enter the future with foresight. To pioneer the better solution. Fast.

Check the latest MoJo for the unholy scramble among lobbyists in DC for the future of the energy world.

You know, there’s a lot of sun in India. In fact India has one of the world’s highest solar intensities, with an annual energy yield of 1,700 to 1,900 kilowatt hours per kilowatt peak of  installed capacity. It’s cleaner, safer, and freer.