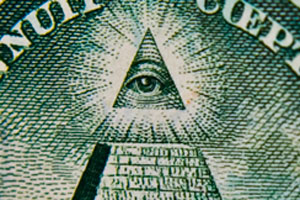 When a haggard-looking Hank Paulson, Jr., then Secretary of the Treasury, assured the American people last fall that the government’s multibillion-dollar Troubled Asset Relief Program wouldn’t cost taxpayers a dime, he sounded confident. “This is an investment, not an expenditure, and there is no reason to expect this program will cost taxpayers anything,” he said at the time. Well, that was then. Last week Neil Barofsky, one of the leading TARP watchdogs on Capitol Hill (and a dead ringer for a young Richard Nixon), offered a far less rosy assessment of the largest bailout of its kind in American history. “It is extremely unlikely that the taxpayer will see a full return on its TARP investment,” Barofsky testified to the Senate Committee on Banking, Housing, and Urban Affairs. Barofsky’s thorny review comes as little surprise. As the bailout’s one-year anniversary looms, no one on Capitol Hill has put more pressure on the Treasury to beef up its oversight of the labyrinthine, taxpayer-funded TARP and ensure that taxpayer dollars went to good use.

Barofsky’s official title is Special Inspector General for the Troubled Asset Relief Program; in Washington argot, simply SIGTARP. Since being sworn into office in December, Barofsky and his staff of 85 and counting have made life uncomfortable for their fellow tenants at 1801 L Street—the Treasury’s TARP team—by repeatedly highlighting the department’s utter lack of bailout oversight and failure to make banks say how they spent their rescue funds. In congressional testimonies, lengthy quarterly reports, and media interviews, Barofsky has hammered these points home—but to no avail. “Really it’s disappointing,” he tells Mother Jones. “I think the expectation that they’ve given so far just doesn’t cut the mustard.”

Following the money trail and complex, white-collar investigation are nothing new for Barofsky. In his previous job, as an assistant US district attorney in New York, he prosecuted 50 leaders of the Columbian militia group FARC on narcotics charges and successfully argued one of the largest accounting fraud cases in history. Barofsky’s fraud case, against commodities broker Refco, even brought disgraced CEO Phillip Bennett to tears in the courtroom. Barofsky also led the Mortgage Fraud investigation arm at the Southern District of New York, diving into the $55 trillion credit default swap industry and rooting out large-scale securities fraud. “He has the capacity and intellect to dig into things, and to exercise independent judgments. Which is really lacking [in the federal government] in general,” says Rep. Alan Grayson (D-Fla.), a leading voice on financial transparency in Congress.

The most visible products of Barofsky and the SIGTARP office’s work are their quarterly TARP reports—equal parts road map and report card, with a refreshing lack of financial jargon and alphabet-soup bailoutspeak. “We shoot for readability so that taxpayers and members of Congress and members of the media can all understand the work we’re doing,” Barofsky told Mother Jones. Sen. Max Baucus (D-Mont.), chairman of the influential Finance Committee, calls the reports “good as gold.”

The Treasury maintains a somewhat chillier attitude. The department continues to dodge Barofsky’s request for increased accountability on the part of bailed-out banks; only three recipients, AIG, Bank of America, and Citibank, have been required to produce such data, and doing so for the lion’s share of beneficiaries would be meaningless, the Treasury insists. (“If it’s meaningless for Bank A,” Barofsky asks, “why is it not meaningless for these other banks?”) The Treasury’s representatives also claim that the “fungible nature of money” makes it impossible to track the flow of dollars once they’ve been disbursed—a point Barofsky niftily dismissed by simply asking the 650 or so bailout recipients what they did with their TARP money. Every single one complied and, he says, “went out of their way to give accurate responses.” SIGTARP posted the letters on its website in mid-August, and plans to analyze the data for an upcoming report.

Not that Barofsky’s tenure hasn’t had its hiccups. In July, he told Congress that in a worst-case scenario, all of the federal government’s support rolled together could ultimately cost $23.7 trillion—an unimaginably vast sum, larger than the entire US gross domestic product. The figure threw Washington into a frenzy, with the bombastic Rep. Darrell Issa (R-Calif.) waxing biblical with the figure (“If you spent a million dollars a day going back to the birth of Christ, that wouldn’t even come close to just $1 trillion—$23.7 trillion is a staggering figure”) and the media running riot. Yet some economists stood by Barofsky’s estimation. “I think that number is an important number,” says Simon Johnson, a professor at MIT’s Sloan School of Management and former chief economist at the International Monetary Fund. “It tells you what the range of outcomes are, and what you should suspect with a median outcome.”

Barofsky, too, defends his figure. “The whole point of transparency is to give people the opportunity to make the argument they want to make off those numbers,” he says. More puzzling to him was the Treasury’s public criticism of the figure considering it had ample time to review SIGTARP’s report before publication and to submit critiques. “Some of their comments to the press were very telling,” he concluded. “It shows a general response to this whole transparency project.” It also, notes Rep. Grayson, shows why Barofsky’s SIGTARP is essential. “We need somebody like him doing this work,” he says. “There’s a huge amount of money that’s sloshing around that needs to be tracked.”