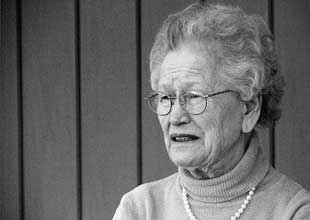 The people who stand to get screwed most by Max Baucus’s health reform plan are those who aren’t old enough to qualify for Medicare, but are still old enough to be discriminated against by insurance companies.

For several months, the Columbia Journalism Review has been publishing analyses of the Massachusetts health care system, which in many ways serves as a model for the current national health care reform—a canary in the coal mine for the rest of us. The state mandates that all residents have health insurance or face a tax penalty. And while it does provide some regulation of private insurers, it doesn’t outlaw “age rating”—setting different premium rates based on age. This doesn’t apply to most working people who are covered by group plans through their employers, at group rates. But for the self-employed and early retirees—whose numbers are growing since the recession began—the costs can be devastating. CJR cites reporting by Kay Lazar in the Boston Globe, which found:

State law allows insurers to charge older people up to twice as much as younger people for the same coverage. In other states, the disparities can be even greater. One result is that more older people choose less comprehensive plans. Data from the Commonwealth Choice program, which offers state-approved private insurance, show that as enrollees grow older, more choose cheaper and less comprehensive coverage.

The main solution that’s been proposed for this problem is to make it “easier for self-employed people and retirees who are 50 to 64 to be exempted from a stiff tax penalty if they can’t afford insurance.” So rather than force insurance companies to stop discriminating on the basis of age, the state may begin “allowing” 60-year-olds to live without health insurance. So much for the great Massachusetts universal coverage model.

All of the major health reform plans that have been floated in Congress allow age-rating. And the Baucus plan endorses disparities even greater than those in Massachusetts. As the New York Times reports:

Under Senator Baucus’s plan, insurers would be permitted to charge older people five times more for their health insurance premiums than younger people. That proposal, first circulated in a Finance Committee policy options paper last spring, is a significant departure from the approaches put forth by three House committees and the Senate Health, Education, Labor and Pensions Committee. Those bills would only allow insurers to charge older people twice as much as younger ones….

According to AARP, the lobbying organization for older Americans, the number of uninsured adults between 50 and 64 grew to 7.1 million in 2007, an increase of 36 percent over 2000. Among the main reasons for the increase: higher premiums demanded of older, sicker people seeking coverage in the individual insurance market.

Supporters of the Baucus plan and the other half-measure congressional health reform proposals have made a big deal of the fact that insurers won’t be able to turn people away, or charge them more, because they have pre-existing conditions. In other words, they can’t discriminate against sick people. They also cannot discriminate on the basis of race, ethnicity, gender, and the like—meaning that the only form of discrimination that will remain legal is age discrimination.

This is, of course, another sop to the insurance industry, which worries about the effect on its profit margin if it is forced to insure everyone. As the Times notes:

By allowing insurers to charge so much more for older, often sicker people, “You’re just using age as a proxy for health status,” said Uwe Reinhardt, an economics professor at Princeton University. He estimates that Senator Baucus’s age-rating plan would allow insurers to cover roughly 70 percent of the additional risk they’d take on by being required to accept all comers, regardless of health.

Yesterday I wrote in some detail about how the insurance companies stand to gain from the Baucus bill (their stocks immediately jumped upon release of his proposal, which has no public option):

It doesn’t take Einstein to figure out why the Baucus bill is great for the insurance industry: If there’s no public alternative to compete with private insurance companies, guess where all those people will have to go to buy their government-mandated insurance? As for the touted co-ops and exchanges, all they are ultimately likely to offer is better access to private insurance. And people of limited means will get government subsidies, mostly in the form of tax breaks, to buy private insurance—which means a transfer of funds from the taxpayers to private insurers. We might as well be writing our checks directly to United Healthcare, Wellpoint, and Humana, instead of the the IRS.