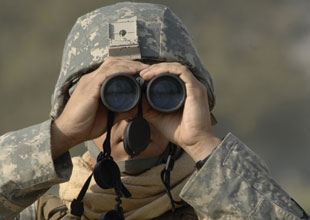 For the extended version of this article, read “Afghanistan: Oversight AWOL?“

DURING HIS fourth trip to Afghanistan, in May, Arnold Fields, the retired Marine general who serves as the special inspector general for Afghanistan reconstruction, or SIGAR (pronounced “cigar”), noticed a pattern. Each Afghan official he met gave the impression of being the only honest man in the country. “At least that’s how they perceive themselves,” he told me after his return. “Obviously that might not be the case.”

It’s not surprising that Fields can’t figure out whom to trust. Afghanistan places fifth in Transparency International’s annual ranking of the world’s most corrupt nations. (Iraq is tied for second.) Yet Fields, who’s in charge of ensuring that taxpayers’ dollars don’t end up lining the pockets of swindlers and opportunists, heads an office that’s ill equipped to deal with this level of graft. Which raises the question of just how serious Washington is about preventing Afghanistan from becoming a money pit like Iraq, where billions in reconstruction funds have gone missing.

SIGAR only got its start in July 2008, more than six years after the fall of the Taliban. (Previously, audits had been conducted solely by individual agency IGs.) By midsummer, Fields’ office was still operating at half-strength, employing 44 of the 90 staffers Fields says he needs. It has produced just one audit. Its counterpart, the Special Inspector General for Iraq Reconstruction (SIGIR), released more than a dozen within its first year—and acknowledges that it has provided only “an episodic story of waste.”

In March, when President Obama unveiled his new strategy for Afghanistan, he promised “robust funding” for Field’s anti-corruption efforts. But Fields says he needs at least one-third more than the $23 million Obama is giving him for 2010.

This spring, the Government Accountability Office warned that the sudden influx of money into the poorly regulated Afghan contracting system “increases the risk of corruption and the waste of resources.” But the Pentagon doesn’t seem too concerned: SIGAR’s first audit, released in May, revealed that the DOD had assigned a single representative to monitor a $404 million contract to train and support Afghan security forces. That officer had limited contracting experience, the auditors noted, and had yet to make any site visits.

Fields says a forthcoming audit will examine the Afghan government’s “capacity” to combat corruption within its own ministries. He refused to characterize the findings except to say that corruption “runs very deeply” and must be addressed: “Indications are that it has not.”

Fields has been working closely with Stuart Bowen, the Washington lawyer who heads SIGIR, the model for SIGAR. “Unless the expanding Afghanistan program draws upon the lessons learned in Iraq, substantial waste of taxpayer dollars will occur,” Bowen warned Congress in March as Fields sat at his side. SIGAR “is unsurprisingly uncovering problems similar to those we found in Iraq,” Bowen continued, lamenting that most of the $32 billion in US reconstruction funds budgeted for Afghanistan since 2001 have been spent “with little oversight.”

For now, few people in Washington even know who Fields is. That will soon change if he has his way. “It is my intent to take this to the limit,” he says. “I might take it to a point at which the Congress might say, ‘Fields, you have reached too far.'” Presently, though, accusations of overzealous oversight are the least of his concerns.

For the extended version of this article, read “Afghanistan: Oversight AWOL?“