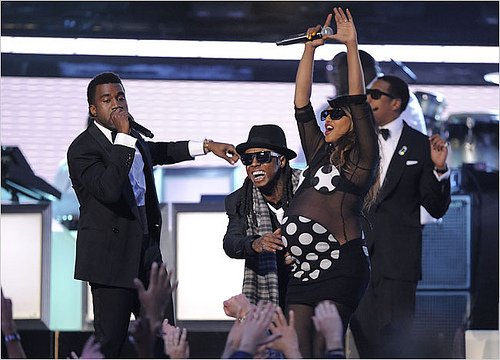 TAMIL CAMP UPDATE!! “1,400 people dying weekly in the camps. At this rate there will be no IDPs in 4 yearS” Govment set release time. WTF?

So go the 140-character-or-less thoughts of Sri Lanka-born British artist/rapper/grimestar M.I.A., aka Maya Arulpragasm, aka pop’s rebel princess, whose mash-up asthetic and exotic pedigree (the daughter of Sri Lankan Tamil refugees, she split her childhood between South London, Tamil Nadu and Sri Lanka) made her an indie darling long before “Paper Planes” was a noxiously overplayed stoner anthem, before she showed up to the Grammys on her due date wearing an enormous blue cupcake paper or joined the handful of South Asians nominated for a Slumdog Oscar. Back when she was remixing with Diplo and having her American visa suspended over her dad’s ties to the Tamil Tigers and finally moving to Brooklyn’s Bed-Stuy against Kanye’s advice.

In case you’re not familiar, M.I.A. is half of the musical genius behind the Slumdog Millioniare theme and the person you can blame for those neon jeans on the clearance rack at Urban Outfitters. After a pair of mega-watt albums, 2005’s Arular and 2007’s Kala, she’s as recognizable for her DayGlo schizophrenia-as-fashion-sense as for her music. A song like “$20” layers New Order’s “Blue Monday,” The Pixies’ “Where is my Mind,” and Arulpragasm’s own languid rapping: I put people on the map that never seen a map/I showed ’em something they never seen and hope they make it back. As of this second, she’s back in the studio, making even more seizure-inducing gangsta mash. Distill that into 140 characters, and you’ve got liquid platinum. In theory, at least.

Most of the time, the rapper’s tweets are inside jokes and promotions for the latest raw talent she collects like stamps on her travels ’round the world. But sometimes, especially this spring, her rapid-fire missives read more like desperate telegrams from the abyss.

“57,293 TAMIL children detained in Sri Lanka Army (SLA) concentration camps” she wrote on June 12, the ALLCAPS as sure a sign as any that her message was political. M.I.A. has never really been able to distance herself (or made any attempt to distance herself) from the quarter-century of conflict between the Liberation Tigers of Tamil Ealam and the Sinhalese government that has come to define Sri Lanka, and to a lesser degree, her aesthetic as a musician.

A quick tab of her tweets reveals that they’re about evenly split between the endgame in Sri Lanka and…song lyrics? Random musings? Viral videos? Essentially, the same stuff the rest of us post and browse all day for fun.

Although it gave her an early shot of street cred, her flirtation with global conflict hasn’t always served her well.

Arulpragasm was always outspoken on Sri Lanka, as exiles tend to be, and she got more flack for it than most. No critic was harsher than the New York Times, which covered Sri Lanka from the safety and comfort of Delhi for most of the spring.

After the Tigers fell and survivors were herded into displaced persons’ camps, a predicatable pall of apathy has settled over the media. Three short months after it splattered across the front page of the Times, almost no one covers Sri Lanka anymore. Except for @_M_I_A_, who aggregates news from the island like it’s her day job.

Naturally, her coverage is lopsided. Sri Lanka, like the rest of the world, is messy. If you want moral certitude, go listen to T.I. But if you want Technicolor awesome, check out M.I.A.’s latest hot mess: