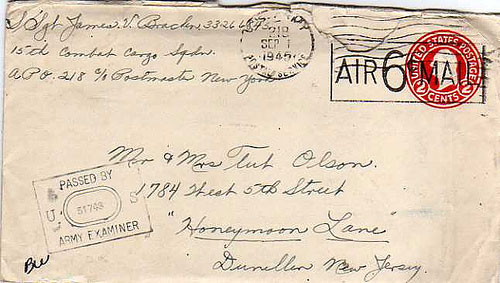 This week, the American Sociological Association held its annual meeting here in San Francisco. Researchers from Indiana University and the University of Utah presented findings from a national survey of 815 people on family and gender issues. Apparently, 71 percent of Americans believe a woman should take her husband’s last name, and half believed it should be a legal requirement.

The results shocked even the researchers:

“The figures were a bit sobering for us because there seems to be change in so many areas. If names are a core aspect of our identity, this is important,” said Brian Powell, professor of sociology at IU Bloomington. “There are all these reports and indicators that families are changing, that men are contributing more, that we’re moving toward a more equal family, yet there’s no indication that we’re seeing a similar move to equality when it comes to names.”

So the government should not be heavy handed when it comes to legislating things like health care or banking, but it should determine how women identify themselves after marriage?

Not quite. It seems that for the majority of Americans, the issue is less about naming conventions and more about who (ahem) wears the pants in society. One of the researchers said that respondents “told us that women should lose their own identity when they marry and become a part of the man and his family.” The family identity, however, is not tied to the name itself. Half of respondents said it would be fine if men changed their names, because “a man should be able to do it because he’s a man.”

Survey responses also reflected the belief that if we cannot assume that a woman will automatically change her last name, the resulting confusion will lead to catastrophe: “They said the mailman would get confused and that society wouldn’t function as well if women did not change their name.”

As it so happens, I am one of the 5-10 percent of American women who did not take my husband’s last name. But, I’m pretty sure the United States Postal Service functions the same way in the rest of the country as it does in the Bay Area, which means they deliver based on address. Which is why I’ve received mail addressed correctly to me, to my first name with my husband’s last name, and to the cringe-inducing “Mr. and Mrs. Husband’s First and Last Name.” Then again, I also get mail addressed to the last four tenants.

My husband and I have also managed to file our taxes, utilize health and car insurance, and open a joint credit card with last names that don’t match. Thus far, “society” hasn’t come to a screeching halt. But then, we also live in a state where larger issues surrounding marriage are questioned (our marriage license even reads “Party A” and “Party B”).

The researchers believe that the study reveals more than just what Americans think about last names, “Because it’s not politicized, people just answer the question without really thinking about it…It sort of taps into people’s views about all kinds of things.” In other words, things like who should be able to get married, what a family should look like, and just what types of gendered identities we should adhere to.