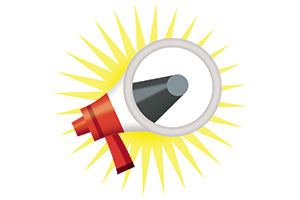 Climate Change
Last December, 500 young people from more than 50 countries converged at a United Nations climate change conference in Poland, where they urged delegates to promise to “safeguard the survival of all peoples and nations.” Someone listened, and the delegates put the Survival Is Non-Negotiable goals into writing. On 350.org‘s multilingual website, young activists are planning more than 1,000 events in 50 countries for the International Day of Climate Action on October 24.

Sea Level Awareness Project, Ventura, California
When Alec Loorz, a high school freshman, learned that global warming could increase US sea levels by three feet, he designed special poles to show exactly how much of California could end up underwater. With the help of hundreds of students from local high schools, Loorz, the founder of a group called Kids vs. Global Warming, is installing 100 of the poles along beaches and promenades up and down his state’s coast.

Education Cuts
In May, 400 Los Angeles high school students used text messages to organize a walkout to protest Gov. Arnold Schwarzenegger’s plan to slash millions from their already underfunded school district, where the dropout rate is nearly 35 percent. The University of Nevada-Las Vegas’ Tombstones on Campus campaign erected eight-foot-tall cardboard grave markers with messages about how a proposed 36 percent budget cut could kill higher education in Nevada. As a result, the state legislature approved a smaller cut of 12.5 percent.

Gay Marriage
When California banned gay marriage last November, snarky Princeton students launched the No Freshmen on the Sidewalks campaign. A video of upperclassmen rallying for “traditional sidewalk values” got tens of thousands of hits on YouTube and was picked up on blogs including Andrew Sullivan’s and Daily Kos.

Labor
Last October, Russell Athletic announced it would shut down a plant in Honduras whose workers had asked for higher wages. United Students Against Sweatshops went after the company, which supplies logo gear to thousands of campuses, with rallies, sweat-free fashion shows, and talks by the fired workers. The plant stayed closed, but 83 schools have severed ties with Russell.

Immigration
Under the Dream Act, more than a million undocumented high school grads would become US citizens. The United We Dream Coalition‘s mock graduation in Washington, DC, drew hundreds of supporters, and in a PR coup, Harvard students, including several undocumented undergrads, convinced university president Drew Gilpin Faust to officially endorse the bill.

College Access for Immigrant Students, Oakland, California
A March 2009 Oakland school district audit found that only 5 percent of English language learners in the class of 2008 were on track to complete the series of courses required to apply to a University of California school. Part of what’s holding these students back: Since college prep information is only available in English, students don’t realize their English Language Development classes do not fulfill UC entry requirements. But thanks to the student group Youth Build Immigrant Power, starting next school year, all ELD students will receive a multilingual (Chinese, Spanish, Vietnamese, and English) college prep guide, and teachers will integrate the guide into their lesson plans.

Women’s Health
Arbor Vitae, a local “pregnancy help center,” known for its strong anti-choice stance, posted ads around the University of Michigan campus claiming its counselors provide “reliable information” about birth control and abortion—so the members of Students for Choice launched a protest. “Anti-choice attack dogs were on us within hours,” recalls one student protester. “But we held our ground, keeping the discussion centered around the reason for our protest: the issue of giving students deceptive health information, not about abortion itself.”