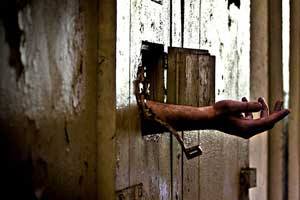 Sonia Sotomayor’s all-but-certain confirmation will be a notable victory for Democrats, and for the cause of diversity on the nation’s highest court. Whether it will be a victory for criminal justice is another question—one that seems to matter little to most of her liberal supporters.

Long before her Senate confirmation hearings began, progressive politicians, lawyers, scholars, activists, and bloggers had joined together, almost in one voice, to sing Sotomayor’s praises. Beyond predictable paeans to her qualifications and her inspiring personal story, the accolades didn’t focus on Sotomayor’s passion for justice, her moral rectitude, or even her much-discussed “empathy.” Instead, congressional Democrats and their allies have banded together to celebrate how thoroughly indistinguishable Sonia Sotomayor is from a Republican judge.

In their zeal to show that she is a “moderate,” Sotomayor’s liberal supporters are downplaying all her most compelling qualities, while lauding her most conservative decisions. She has rejected the majority of racial discrimination claims, they crow, and sent most immigrants packing. On criminal justice matters, she is somewhere to the right of the man she will replace, Daddy Bush appointee David Souter. The very facts that ought to make progressives cringe are instead being extolled as Sotomayor’s greatest virtues, since they are the things that render her eminently “confirmable.”

The most blatant example of this rhetoric came on the eve of the hearings from New York Senator Charles Schumer, considered one of the Judiciary Committee’s most liberal members. Declaring Sotomayor a “slam dunk,” Schumer bragged:

Last month Schumer’s office released its own study of Sotomayor’s 848 decisions in federal asylum cases, which included people seeking refuge from alleged violations of the Convention on Torture. Sotomayor ruled in favor of asylum-seekers just 17 percent of the time. “These findings should put to rest any doubts about Judge Sotomayor’s fidelity to the rule of law,” Schumer said in a statement. “Even in immigration cases, which would most test the so-called ‘empathy factor,’ Judge Sotomayor’s record is well within the judicial mainstream.” In other words, being a Latina doesn’t make Sotomayor any more compassionate toward immigrants who face torture and death when we ship them back home.

On questions of criminal justice and criminal procedure, Sotomayor has a particularly substantial record—more than any other current justice, as her supporters have rightly pointed out—thanks to her career as a prosecutor, criminal court judge, and appellate judge. Based on her experience in these roles, Sotomayor’s backers are promoting her as a tough-on-crime pragmatist with no soft spot for criminal defendants—even if they happen to be innocent.

Last month, the Wall Street Journal looked approvingly at Sotomayor’s record on criminal cases, in an article titled “Nominees Criminal Rulings Tilt to the Right of Souter.” The retiring Republican-appointee Souter has sometimes joined Court liberals in defending the rights of the accused and convicted—most recently in a January case concerning police searches and seizures. In a similar appellate case, Sotomayor had ruled in favor of the police. The Journal reported:

New York criminal-defense lawyers say she is surprisingly tough on crime for a Democratic-backed appointee—a byproduct, they believe, of her tenure as a prosecutor … Following recent Supreme Court precedent, Judge Sotomayor tends to see relatively few grounds to overturn criminal convictions, says John Siffert, a New York attorney who taught an appellate advocacy class with the judge at New York University School of Law from 1996 to 2006. On the trial bench, he says, “she was not viewed as a pro-defense judge.”

Sotomayor had the opportunity to review many petitions for writs of habeas corpus—the basic Constitutional right to seek judicial relief from unlawful detention, which offers recourse to those who believe they have been unfairly or improperly tried or wrongly convicted. Progressives have for years attacked the Bush administration for denying habeas corpus rights to prisoners at Guantanamo and elsewhere. Yet for those incarcerated in U.S. prisons, the main obstacle to accessing these rights is not anything concocted during the Bush years. It is the Anti-terrorism and Effective Death Penalty Act of 1996 (AEDPA), introduced in the wake of the Oklahoma City bombing, passed with overwhelming bipartisan support, and signed into law by then-President Bill Clinton in an election year. The AEDPA severely restricts the ability of federal judges to grant writs of habeas corpus and offer judicial relief to the convicted, even when there is substantial new evidence of their innocence.

Sonia Sotomayor rendered her appellate decisions under the restrictions imposed by AEDPA, and was subject to its tenets. But as a handful of defense lawyers have pointed out, she seemed more than content to abide by those restrictions. One defense lawyer, writing on a personal blog, calls her a “dead bang loser for the defense.” The conservative, law-and-order Criminal Justice Legal Foundation, agreed, and on its blog praised Sotomayor on these very grounds:

[AEDPA] is bitterly resented by many federal judges….Many, many federal judges have attempted to evade it, and a few have gone so far as to declare it unconstitutional. All of the latter have been reversed [by the Supreme Court]….Throughout [Sotomayor’s] opinions, I do not see the hostility to AEDPA that I have seen in so many opinions in the lower federal courts. The statute is largely applied as written and as intended.

A more surprising affirmation of Sotomayor’s record in this area came from the Alliance for Justice, sponsors of the Defend Habeas project. In a letter to Senate Judiciary Committee chair Patrick Leahy and ranking member Jeff Sessions, the AFJ wrote:

Judge Sotomayor’s criminal justice opinions reveal the temperament of a former prosecutor who understands the real-world demands of prosecuting crime and fundamentally respects the rule of law. When reviewing the constitutional rights of criminal defendants, Judge Sotomayor closely follows Second Circuit precedent and dispenses narrow rulings tailored to the particular facts of the case. Exhibiting a moderate and restrained approach to judicial review of trial process, she focuses on procedural issues, and she has resolved the overwhelming majority of her cases without reaching the merits of a defendant’s claim. Significantly, she frequently concludes that trial defects resulted in harmless rather than structural error. Her restrained anner is most evident in her habeas corpus decisions, in which she strictly adheres to the procedural requirements of the Antiterrorism and Effective Death Penalty Act (“AEDPA”), often dismissing habeas petitions as nexhausted or time-barred under AEDPA, even when faced with potentially credible—and, in one instance, ultimately proven—claims of actual innocence. While the Alliance for Justice believes that, where possible, judges should reach the merits of a defendant’s constitutional claims and recognize the damage that a trial court error inflicts on the integrity of a criminal proceeding, we nonetheless respect Judge Sotomayor’s moderate approach and commitment to preserving the delicate balance between the government’s ability to prosecute crime and an individual’s constitutional rights.

The AFJ’s report, and its upbeat press conference on Sotomayor’s criminal rulings, were widely reported under headlines like “Liberal Group Praises Sotomayor’s Criminal Justice Record,” and “Sotomayor ‘Tough’ on Crime, Report Says.” It begs the question of whether habeas corpus rights warrant a fervent defense only when they are violated by Republicans, and not when they are dismissed by Democratic court nominees under laws signed by Democratic presidents.

The most powerful statement on this issue has come from Jeffrey Deskovic, who was wrongfully convicted of rape and murder at age 17, and spent 16 years in prison before being exonerated by DNA evidence. His earlier appeals had, in 1997, reached New York State’s highest appeals court, where his petition for a writ of habeas corpus was denied because his lawyer had filed it four days late (on the erroneous advice of a court clerk). The time restriction had been imposed by the then-new AEDPA.

Deskovic then appealed his case to the Federal Second Circuit, where he encountered Judge Sonia Sotomayor. In a piece on Alternet last week he wrote that his lawyer “gave three reasons why Judge Sotomayor and her colleague should overturn the procedural ruling: 1) Upholding such a ruling would cause a miscarriage of justice to continue; 2) Reversing the procedural ruling could open the door to more sophisticated DNA Testing; 3) The late petition was not my fault or my attorney’s.” But the judges refused to reverse the ruling. “The alleged reliance of Deskovic’s attorney on verbal misinformation from the court clerk constitutes excusable neglect that does not rise to the level of an extraordinary circumstance,” they wrote. “Similarly, we are not persuaded that … his situation is unique and his petition has substantive merit.” A second appeal to Sotomayor’s court resulted in the same decision, and the U.S. Supreme Court declined to hear his case. Deskovic stayed in prison for six more years before DNA evidence proved him innocent (and helped convict another man). Deskovic writes:

Judge Sotomayor will appear before the Senate next week. Given that she has been nominated to a lifetime appointment that affects all of our rights, what she did in my case—condemning me to a life sentence based on procedure in the face of an airtight innocence claim—should be part of the discussion. I want my case to be a part of the national discussion. I want Senators to ask Judge Sotomayor if she stands by her ruling, and whether she would rule that way in the future. If I could I would testify at the Senate confirmation hearing, about the human impact of Judge Sotomayor’s putting procedure over innocence. Thus far, however, I have gotten no response from either side on Capitol Hill.

As Paul Wright, the editor of Prison Legal News, wrote to me in an email last week, Judge Sotomayor’s ruling against Deskovic would likely be seen as “a strong reason for her to be confirmed to the court since it shows she is outcome-oriented.” Wright continued: “The courts do everything they can to avoid reaching the merits of prisoners claims and instead love to dismiss on procedural technicalities.”

It is decisions similar to this one that are offered up as proof that Sotomayor is a moderate, not an “activist,” judge—the disparaging term for jurists who render decisions based upon whether they actually serve the cause of justice. That progressives feel they must celebrate rulings like these in order to prove their nominee is in the “mainstream” is more of a condemnation of Sotomayor’s supporters than of the judge herself.  It shows how far to the right that mainstream now runs—and how willingly liberals have been borne along by the current.

Check out MoJo‘s live coverage of the confirmation hearings here.